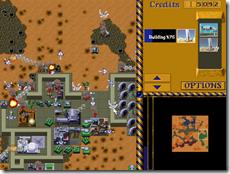 I’ve seen a couple of articles that argue that real time strategy games (RTS’s) are “dying”.  They’re not. They’re waiting. Waiting for the adoption of the hardware to implement the next generation RTS designs.

It is easy to forget how closely tied video game innovation is to the technology that it runs on top of.  We didn’t even have “first person shooters” until Castle Wolfenstein 3D because the computing horsepower wasn’t there.  The hardware drove the creation of an entire new genre of game.

Another hot market is “MOBA” (mobile online battle arena). This first got started as an RTS mod called Defense of the Ancients (DOTA).  But this market only came into existence once low latency, high speed Internet became mainstream.  It’s not as if the concept for MOBA had eluded game designers.  Popular MOBAs like League of Legends, DOTA2 and of course the much anticipated Sins of a Dark Age are premised on players having high quality network connections.

So what about real-time strategy games? Why has their design stagnated? The answer is that developers have pushed their designs about as far as they can go with the current hardware. We’ve been stuck with a 2GB memory limit for over a decade and limited to 2 or less processors (cores) for longer than that. 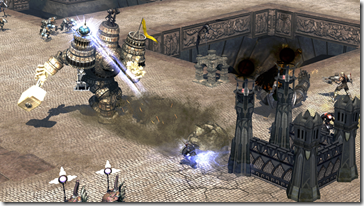 Demigod has amazing visuals because it can – as a MOBA, it doesn’t have to have as many units in the world

Gas Powered Games made one of the most ambitious RTSs of all time – Supreme Commander.  They also made the first stand-alone MOBA – Demigod.   The graphics of Demigod go far beyond what’s in Supreme Commander at a fraction of the budget. Why is that? Because Demigod didn’t have to deal with hundreds of independent units running around at once which reduces memory use. 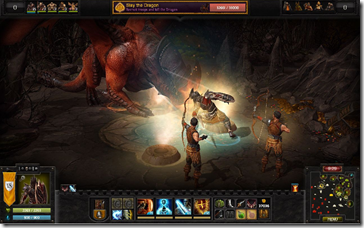 The bane of game developers: No matter how much memory you have installed on your computer, 32 bit games can only “see” 2GB.  That’s a limitation put on 32-bit processes in Microsoft Windows. 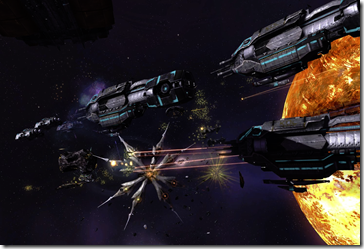 I think most gamers would be shocked at how quickly memory gets consumed today.  The icon for your favorite game probably uses more visual memory than many DOS games did.

Are you an RTS fan? Imagine what a truly ground breaking RTS would be like. Huge scale? Lots and lots of units? Huge armies battling it out on screen with amazing graphical fidelity? Throw in some innovative features to make managing these units really intuitive and compelling? It’s technically possible to do it, you would just have a hard time making money because most of the market wouldn’t be able to play it yet.

As a publisher, I get to see a lot of really innovative game designs cross my desk.  There’s no shortage of innovative RTS designs. They just can’t be made profitable yet – their design requirements revolve around a player with DirectX 11, a 64-bit Windows OS and 4 cores (minimum). They could do their innovative design with much lower visual fidelity and get most of what they want but then it becomes a “budget” title.

After all, can you imagine what would happen if you tried to make some sort of City simulation game today? People would expect to be able to zoom in on individual citizens and have breathtaking visuals but also expect it to take place on some giant map.  The designers would have to either have to make the map you play on be really small or cut down the amount of detail or cut down the visual fidelity of the world/buildings (or a combination of all 3). It would be very difficult and expensive to pull off right… 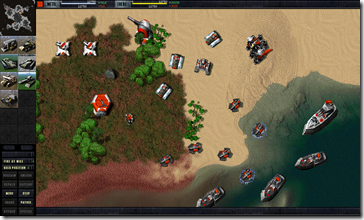 We’ve been through two phases of RTS’s already.  The first phase was the DOS and early Windows era games.  Dune, Warcraft 1/2, Dark Reign, Starcraft. Sprite Based.

In both phases, the hardware drove the design of the RTS.  Nothing highlighted the difference between Phase 1 and Phase 2 more than real-time Strategic Zoom. Strategic Zoom gave players the ability to zoom out and control their armies in a truly strategic way or zoom in and take control of individual groups. If Ender’s Game was, ironically, an RTS.  You can assume that players will expect these kinds of features at a minimum going forward.

The third phase games can be broadly described by the technology under them: 64-bit memory, massively multithreaded. And these 3rd phase RTSs will be breathtakingly beautiful to look at, have amazing scope and micro AI (sophisticated rules for units interacting with one another without human involvement) that is astounding.

Publishers aren’t approving these designs not because there isn’t demand. There is. The problem is you can’t make a game that only a fraction of the player base can currently play.

According to the Steam Hardware Survey of January 2013 over 40% of users now have 4-core (or more) machines. DirectX10/11 is mainstream and almost 70% of users have 64-bit machines.  Not good enough. Not yet. But almost. 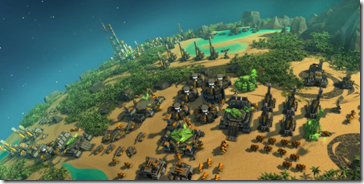 Keep a close eye on the specs of games. Be looking for when games explicitly require a 64-bit PC and DirectX 10 or later as minimums. Once that has become mainstream, it’ll be a race by studios to position themselves.

The RTS game concept is compelling. It works as a single player experience and can be played as a multiplayer game. Gamers want these games. They’ll pay for these games. But they also have to be measurably superior than what’s already out on the market. To do that, the hardware has to catch up. The good news is that it’s almost ready.