Sorcerer King about to go gold 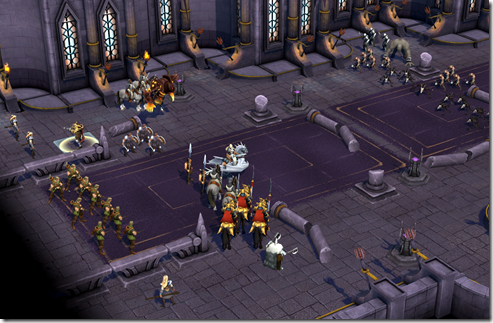 In the next few days, Sorcerer King will go gold.  That term means a lot less in the digital era since it’s just the moment that it’s 1.0 and we’re ready to say “this game is worthy of being purchased for the posted price.”

I’m both excited and nervous about reviews.  In the past, our games were designed with “drive by” reviews in mind.  That is, they were fairly straight forward in what they’re about.  Sorcerer King, however, is not.  It doesn’t fit nicely into a genre whole.  On the good side, the game is immediately fun to play.

Sorcerer King is NOT a 4X fantasy strategy game along the lines of Fallen Enchantress, Endless Legend, Age of Wonders, etc.. The best way I can come up with is that it’s a 4X RPG.  You’re building an empire but the empire is your character.  It has 4X elements but it has more RPG elements than traditional strategy elements.  The best way I can describe it is that it’s fantasy Star Control which is a cop-out.

What I wanted to do with Sorcerer King is blend Master of Magic and Star Control together.  No easy task which is why it’s taken us 2 years to make this game because the two games contradict each other.  Star Control 2 is designed to be played once.  Master of Magic is designed to be played over and over.  That contradiction is where most of our design time has been spent (as well as a goodly chunk of the game’s budget).

There is more content in this game than our last 3 games put together. And yet, most people won’t ever see half of it unless they play for a very long time.  That’s because how do you make an EMPIRE RPG (if there’s such a genre) highly replayable unless every game plays out differently?

While I love Galactic Civilizations III, I think Sorcerer King might be the funnest game Stardock has ever made.  It’s the first game we’ve made in some years where I go back to playing it to make little tiny tweaks over and over.  “I’m just testing it of course”. 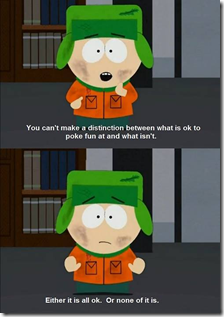 Windows 10 comes out this month.  It’s a free upgrade for Windows 7 and 8 users.  I am very hopeful that people will take advantage of this because DirectX 12 matters a lot.  It will represent a revolutionary jump in game visual fidelity once it gets fully used.

That said, the game industry has gotten a lot less fun to work in this past year. Not a day goes by where some idiot is attacking me, personally, online over things that I never said or did (or, at best, they torture the context so much that they might as well have simply made up their allegation whole cloth).

It’s not just me, of course.  It’s become a virtual plague for developers as everything we make or post is scrutinized as if we were running for public office.  That’s not what we signed up for.  We just want to make cool games and release them, not worry that the outrage brigade is going to be calling our offices demanding we be fired because they don’t like the “subliminal, ableist, misogynist message in our game”.

At least I’m able to respond to this publicly as I am not answerable to anyone other than our customers who, by and large, like what we do.  But most developers do not have the luxury and they’re getting pretty fed up as they weigh their “fight or flight” instincts.

I like people. Someone disagreeing with some view I have doesn’t affect my opinion of them.  I can read someone’s book, watch someone’s movie and be friends even if we disagree on politics.   My concern is that it is becoming increasingly common for people to celebrate their intolerance rather than trying to overcome it.

Unlike the movie industry, the game industry doesn’t generally inject its politics into its creations.  My only agenda in my creations is for people to have fun. There’s no underlying message, subliminal or otherwise.  I have no passion for causes or politics. My passion is to make cool stuff.

I can’t predict where things will go.   I just know that something that can’t go on forever won’t.

Stardock has a very busy year coming up.  Sorcerer King is this month.  Servo is this Fall. Ashes of the Singularity is this Winter. Offworld Trading Company is early next year. And between all that there are new games to announce, new expansions, DLC, etc.  And Star Control should be ready to be announced this Winter. We have a fun time making these games and we really enjoy interacting with our player bases.  We have less fun receiving emails, messages, and wishes for us to kill ourselves.