This week, we will be announcing Galactic Civilizations III: Crusade.

Players can, from the main menu, design a civilization from scratch.  That includes the default ships they use, what they say in diplomacy and how the AI will make use of them. 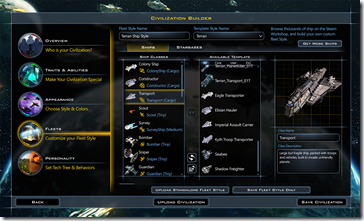 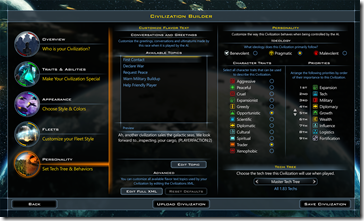 Completed civilizations can then be uploaded to Steam workshop for others to download.  This differs from the custom race feature in GalCiv III in that this is all-inclusive – ships, techs, flavor text, everything in a single package.

This is the most far-reaching change we’ve made to Galactic Civilizations.  The production wheel is gone. Both the the planet and globally.  Instead, you will customize your civilization based on what you do with your citizens. 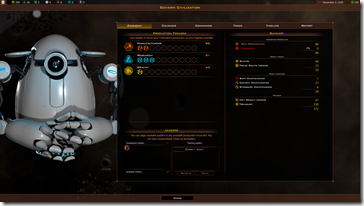 Citizens are born on your home world every so often.  What you do with them is up to you.  You can train them as leaders, spies, diplomats, merchants, scientists, engineers, technicians, etc.  It all depends on how you want to run your civilization.

The screenshot above is misleading because it only shows the 3 default specializations (production, research, wealth) but others will be showing up as well as the game progresses (such as shipyard building, etc.).

You can also send citizens to specific worlds to boost their production in a particular area.

This works somewhat similarly to GalCiv II.  You can use spies to learn what other civilizations are up to and steal their tech and  you can use them to disable important planetary improvements.  You can also use them to eliminate spies that show up on your planets. 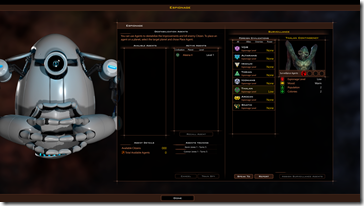 No screenshot for this yet, it’s programmer art.  Invasions now require a lot more thought and effort than before and also are interactive.

First, soldiers come from your citizenry.  You can’t just load up population from a given planet and send them over.  Instead, they come from your available citizens.  You can also train citizens to be soldiers which makes them that much more effective.  Of course, once a citizen is killed, it’s gone forever.

When you invade a planet, you get a map of the planet and have to decide where you’re going to land your troops.  If the defender has citizens on that planet (and often, they will not making invasion pretty easy), they will get to place their defenders.  Neither side knows where the other has placed their units until the battle begins.

The invasions are, in effect, a very fun mini game.  Late game, when the stakes get really high, the invasions become pretty nail biting.

Crusade is the story that puts it all together.  It introduces a few civilizations and finally gives the player a clear understanding of why the Altarians and Humans are similar. What the Bane is.  Why the Thalan went back in time back to stop the humans and so forth. 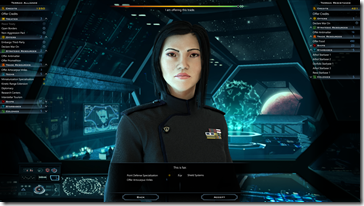 Across the board the user experience is being updated.  The  units look better, the user interface is new, the way things work is cleaner.  Overall, the goal is to make the game more approachable to new players as well as make it much easier to deal with a larger empire. 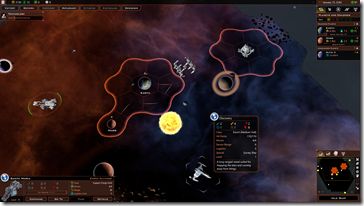 I will be writing, at length, a series of dev diaries over the major features for Crusade.  One per week.