Did it just happen one day? That the editors of InfoWorld and PC Week (before it became eWeek), got together and decided that instead of having interesting magazines that they would instead focus on covering only the dullest stuff out there? Was it their goal to transform their magazines from thick, content rich material to being largely pamphlets that resemble more of a specialty Miller Freeman type publication that only a tiny select group would find interesting or useful?

Look through the pages of the technology trade magazines these days, if you can remain awake, and you'll find that most of the articles are canned corporate IT "success stories". Or stories that focus exclusively on "The Enterprise" (not the star ship btw). Or maybe, some little missive on Linux servers on the backend.

Let's take a sampling, just for fun, shall we?

From the top stories at Infoworld:

As someone who has been reading InfoWorld for over 10 years my only response to these "headlines" is, in my best Krusty the Clown voice, WHAT THE HELL HAPPENED?

Who comes up with a headline the uses the terms "Content Networks vision"?  Gone is Cringely, or at least in any form we'd recognize him. For awhile they had someone else doing the Cringely article that was incredibly light on meat and very heavy in ham.

Meanwhile, over at "eWeek", the magazine that should just rename itself as "Network security updater", the trade pub has slowly changed from being about things that are informative to a broad audience to something that seems to focus purely on IT Managers.  From there we get:

Remember Spencer F. Katt? Kind of a less interesting version of Cringely? This is what passes for "inside" information now:

Apparently there's nothing interesting happening in technology. At least that's what you would get if these were your two main sources of technology information. And for millions of people, these two trade publications were the primary sources of information for the rest of us nerdlings. Nowadays, we have to rely on web sources like OSNews.com or ExtremeTech. And if you want scoops, you have to turn to websites not run by paid professionals but part-time volunteers who are having a blast beating the so-called pros on a day to day basis like Neowin.net.  How did this happen? It's easy to just blame the web but there has to be more to it.  If I want to hear some good dirt, I have to visit a UK tech magazine (The Register). For crying out loud, both eWeek and Infoworld are based in San Fran. You don't get any closer to the alleged action than that. 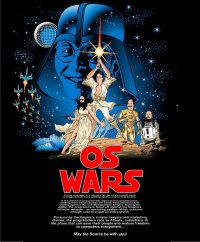 Technology used to be fun to read about in these two classic pubs. You could tell that the people working there had fun.  You had Nicholas Petreley at InfoWorld blasting Microsoft about something.  Now he's over at VarLinux giving the Windows world hell.  Even Cringely fled to PBS.  PBS! You know your publication has gone down hill when PBS can take your top writers. I still get both InfoWorld and eWeek. But as I read them, I can't help but feel like most of the articles are written by people who don't seem to be having very much fun. Peter Galli seems to still be having a good time but the rest seem to focus on things that would only be interesting to a 55 year old IT manager who is counting the days until his next vacation.

I am not poking fun at eWeek and InfoWorld because I dislike them. I'm making fun of them because I want them to be what they could be again. These publications don't have to shrug and say "Let the web take over." They don't have to cover everything that a Neowin or Register or OSNews or Toms Hardware would cover. Just cover the key issues but cover them very very well.  These two publications were the ones I would scoop up and take with me on vacation. I'd be up north with a pile of InfoWorlds and PC Weeks catching up on the latest news and being well rounded in my knowledge when I was done.

Today, by contrast, reading InfoWorld and eWeek put me in touch with my inner-55 year old corporate IT manager.  It's a big tech world out there. They need to get back up on the horse and get to it.