We're in crunch mode and yet I have a lot of free time too. That's the nature of development in crunch mode - hurry up and wait. Right now, I'm waiting for some changes to the issues editor so that I can begin putting in new political issues for The Political Machine 2008. 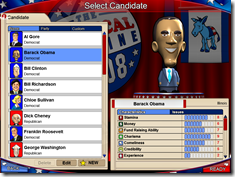 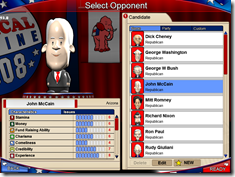 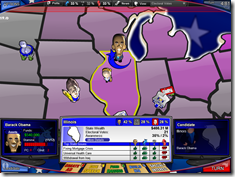 Hard to believe that this UI was done with DesktopX 3.5.

The game is going gold in about a month and there's a lot to do to get it ready.  We've got pre-orders from most of the major retailers so we definitely can't miss the date. That means some all-nighters. Once the changes to the issue editor are done, I can put in the new issues. The changes to the game's political issue format will break the game until new issues are entered. Thus, I have between now and tomorrow morning to write the C++ code to import in the new issues and have the game and AI make use of them as well as enter in the issues for all 50 states. Otherwise, the game will be broken for the whole team tomorrow and we can't afford to lose any time.  But right now, I have to wait until the issue editor is done to even start. So here I am. 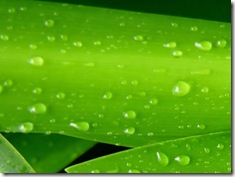 Meanwhile, I'm also looking over tomorrow's release materials for DeskScapes 2.0. Animated wallpaper for all Vista users will be pretty cool. What's special about DeskScapes is it takes advantage of the DWM to lower CPU usage. On my water wallpaper, it uses basically 0% so I leave it running all the time.

I don't know if you guys have been noticing but we've been working on updating our various websites. The Stardock.com websites have traditionally looked, well, like crud.  We're mostly a bunch of engineers.  But over the past year, things have changed. One of the benefits of creating Stardock Design is that we now have artists who can do stuff to make our presentation look better.  It's a slow process but check out the Stardock home page and main pages. We even re-did the WindowBlinds page. It'll be interesting to see if it affects sales or not.

Our next-generation digital distribution platform continues to move towards its June 17th launch date. Internally we got chat back in. Here's a look: 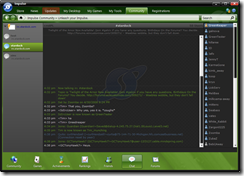 This should be available in this week's beta.

Now, a lot of people have noticed how much better Impulse looks than Stardock Central. Once again: Stardock Design.

So who is involved in Impulse? People you guys probably know already!

They are all people we met through skinning over the years. All of them are here in Michigan except Chaninja who's in South Africa.

Brian Harper (Bagginz) remains in charge of Stardock Central which won't be going away any time soon either and T-man is working on the backend along with Cari-Elf. Bagginz is also working on IconPackager 4 which is incredibly slick as some of you already know. 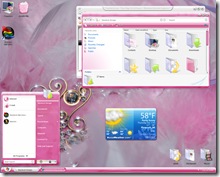 The screenshot doesn't really do justice to it. The weather gadget actually changes (more than just the icon) based on weather conditions.

Now, I don't like pink. So what I do is load it up in WindowBlinds and hue shift it to a bluer color and change the wallpaper to something less girly.

Now you know why IconPackager 4 includes hue shifting for icons! It has awesome icons but they're pinkish.

If you have Object Desktop, it's only $9.95 for the entire suite.

That's all for now, the issue editor is about to be checked in. Cheers!