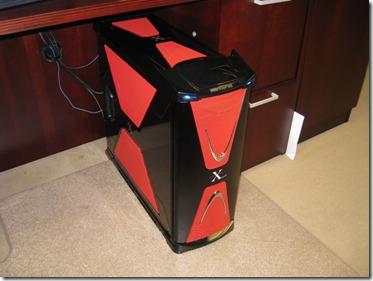 This is the first non-Dell I’ve had as my main office machine in years. And by years, I mean as far back as I can remember.  But the new Dell XPS 730X doesn’t come with more than 6GB of RAM and I wanted more than that so I went to iBuyPower to get it.  I’m still a huge fan of Dell and Alienware but I wanted those 12GB.

We’ve installed Windows 7 on it and the machine is just a total monster.  It nearly 3 times faster than the monster Alienware box I got last Summer for home.

I am still in the process of updating the other base components. Gotta check in with AMD for the latest ATI card to put in here. I got a 4800 in it right now.

I’m waiting until Windows 7 to get an SSD drive.  With 12GB of memory and the fact I never reboot (or very rarely) means that everything I might possibly do on the machine will get cached. I’ve learned that from my ThinkPad T400. 64-bit with lots of RAM trumps SSDs in terms of day to day performance.

Love the case too. 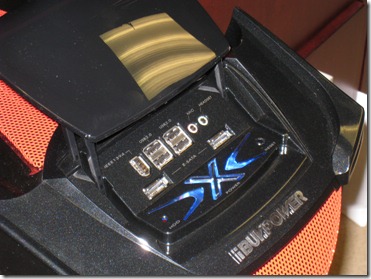 The case is pretty tacky. But it is quite functional. I wish the Dell XPS line would adopt having more of the goodies accessible like this.  My only gripe is that there’s no SD card reader slot up here. 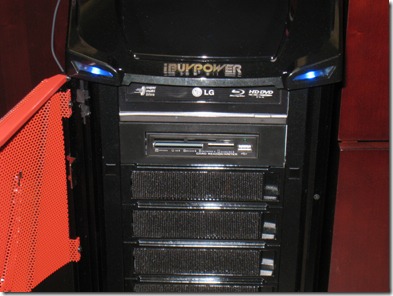 The multi-card reader is where the floppy drive used to be in these things years ago.  The CD/DVD/Blu Ray burner/reader is up where it would normally be.

In terms of benchmarks, it scored a 2014 which is almost 3 times faster than the Alienware box from this past Summer which had one of those Intel extreme whatevers in it (it was the fastest thing I could buy at the time).