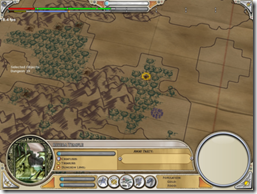 One of the things that has been driving Demigod beta testers crazy is that they aren't used to how Stardock does betas. A lot of them came from the Gas Powered Games community so they don't realize that Stardock betas tend to be very primitive.

With Elemental, we may drive the point home by having the first beta of the game only use the cloth map instead of the actual game engine for game play.  The idea is, if it's a good game, it should be reasonably fun even without fancy graphics. Then for once we could get people to fixate on the key features of the game rather than piddly details.

The other benefit it would have is if we could make the whole game play on the cloth map too, people with insanely low end systems could actually play the game. Imagine people playing Elemental on a netbook for instance?

So that's what's going through our crazy minds today.