The BETA is up. We plan to push this to release on Monday as it’s massively better.

What’s new in this beta:

If you want to try the beta (and like I said, we plan to release this on Monday when we’re back):

You will need to tell Impulse to show pre-release versions: 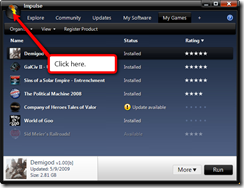 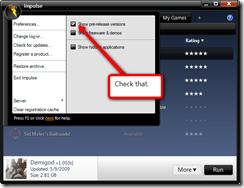 Have fun! I’ll be around this weekend to play! I think you are going to like this update…