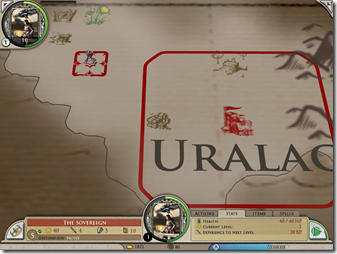 July is almost over and that means it’s time for another FAQ answer list!

Q: What are channelers and how do they work?

A: Channelers are beings who can harness the magic locked inside the elemental shards that are scattered across the world. When your faction (or an ally) controls a shard, you gain access from its type of mana (which is either earth, air, fire, or water magic). Channelers also generate on their own either life magic or death magic depending on the path they’ve chosen.

The maximum amount of mana a channeler can accumulate is based on their essence. At the beginning of the game, a channeler currently starts out with 20 essence points by default (though this number will change during the beta and will depend on how you construct your faction).  When channelers gain levels, their essence increases.

However, channelers can also (and as a practical matter must also) imbue things with their essence.  For instance, at the start of the game, your channeler will have to imbue the land with life (or death) magic in order to allow you to build a city on it. That means taking away some of your essence. Once essence is used, it’s gone forever so it should be used sparingly.

Over time, the life force (or death force) that a channeler initially imbued in the land will naturally spread so each founded town won’t usually require the sacrifice of essence to create. However, if the player wants to quickly spam out a bunch of cities (which is a typical strategy in 4X games) it will come at a very high cost.

Channelers can also imbue their minions with some of their essence to make them far more powerful.

To learn more on this concept, see the Wikipedia entry of Morgoth.

Q:How is good and evil handled?

A: Rather than using the terms good and evil we have elected to go with factions that either align themselves with life magic or death  magic.  The Empires make use of death magic and the Kingdoms make use of light magic.

Q: Tactical battles, are they real-time?

The idea is that winning tactical battles has nothing to do with speed or reflexes but strictly strategy and tactics. Players can control the rate in which time units pass, pause while giving commands, etc.

Q: How advanced is the mundane technology tree?

A: Players always stay within a medieval setting. There will be no space dragons or something.

What we see instead is the continual refinement of existing technologies. Weapons get better and better. Farms become more and more productive.  We are currently not intending for a tech tree to have any practical end though beta testers will have the final word.

Q: Is there going to be a lore book?

A: There will be announcements on this in the next couple months.

Q: Will there be priests?

A:  We do not include pre-built units.  What players choose to call their units is up to them. However, a channeler can choose to imbue a unit with essence that makes him or her able to cast spells.  However, players won’t simply be building armies of priests and clerics.  Those who cast spells are rare and special and lethal.

Q: Will there be summoned units?

A: A magical caster can summon elementals and other beings of magic.

Q: Is there a distinction between the sovereign and a channeler?

A: Yes. The sovereign is a channeler and can imbue units with the power to channel magic who in turn can pass on their essence to others.

Similarly, since Elemental takes place on a fantasy world, a party of adventurers may have in their ranks a “wizard” or a “cleric”.  These channelers might choose to join your group and thus not have to sacrifice any essence to make them into channelers.

Q: How powerful can individual units get?

A: They can become astonishingly powerful.  Ever see the beginning of Lord of the Rings where Sauron is whacking elves left and right? Sauron was only a Maia.  Not well known but in Middle Earth, there were elves and man so powerful that they could take on Sauron in single combat.

Q: How does modding work in Elemental? How can I make my own creatures?

A: In most game projects, art assets are checked in through source control (CVS, PerForce, SVN, etc.).  In Elemental, we are moving our artists to checking in those assets as if they were modders using the built in UI.

We will have two types of assets in Elemental: Canon and non-canon.  Canon assets are ones we created. Non-canon ones are ones that players have created. Players will be able to pick and choose what assets they want in their games.

We won’t be putting elves into Elemental for instance. No unicorns. No fairies. No gnomes. No orcs. But if someone else wants to use Maya or 3D Studio and export it into the format we’re using (we’re using a standard 3D model format, forgot which one) you can put it into the game and then share it, within the game, for others to use.

Q: How was the economy settled?

A: We have taken the path of keeping it as simple and open as possible and leave it to the beta testers to play through.  One of the things we realized is that when discussing it online, people fixate only on the economy and thus tended to want to have it extremely sophisticated. But when playing the actual game, they might discover it’s better to have it simple.

That said, the key to winning (militarily anyway) will be controlling resources. Having an iron mine is good. Controlling 4 is much better, however.  How much you produce is dependent on how many resources you control.

Q: How will dungeons work?

A: We are still playing around with dungeons.  Realistically, we’ll probably keep them simple and then do an expansion pack later on that will make them what Scott (project lead) wants them to be (where players can literally explore a dungeon).

Q: Will there be mega events?

A: Optionally. We are planning on vastly more types of events, quests, etc. than we’ve ever done before.  For example, on your 20th game you might come across a great tower that you can’t answer. The tower’s magical door sends you on a quest to get the key. Once you have the key, you can enter the tower which provides you with some strategic advantage.

Unlike in GalCiv where we had to hard code special events, Elemental has an entire class dedicated to it so that we can add as many of these events as we want.

Q: Will there be mounts?

When players design units, they can then “equip” their unit with a horse or what have you.  However, like any other resource, the length of time to build that unit will depend on how many of those resources you have.

Q: Where does the game stand now? 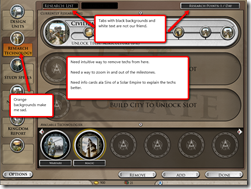 There’s a lot of really basic cosmetic stuff that we need to resolve before a public alpha. I know it’s silly but it does matter (it is a video game).

Magic spells aren’t in the current build nor are tactical battles (they won’t go in until Fall anyway).  The AI is still being API’d up for Python 3. Map generation still needs work.