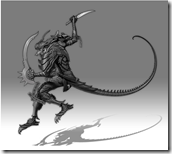 Did people think they’d have to wait until the August to start getting the meaty goodness of Demigod v1.2?

I don’t know about you but I just don’t have that kind of patience.

So instead, GPG and Stardock have decided to release the updates as they are completed.

Internally, we’re doing testing and work on Replays and Rematches. Rematches are where your game ends and you just want to play again without all the fuss.  Replays are where you can go back and look at the game you just played.  This first update is also designed to fix a LUA decompression bug that is causing some people to get instability when playing online. Plus, it fixes (I hope) the lingering issue with stat tracking. Plus it fixes an exploit issue with Erebus.

With the demo out, I am hopeful we’ll see this in the next week or so. No promises of course. There’s always the unexpected but that’s what’s happening internally right now.