WindowBlinds 7 (currently in beta on Object Desktop) is the latest version of Stardock’s flag-ship desktop enhancement utility. It is the program that introduced GUI skinning to Windows users back in 1999.

With each new version of Windows, the program has been updated to take advantage of the possibilities of that version.  Since the release of Windows Vista with its “Aero” UI, users have found Microsoft’s new user interface motif both beautiful and frustrating.  Beautiful in the sense that it’s a glass look and feel but frustrating in how inflexible it is compared to say Windows XP’s UI.

With that in mind, let’s walk through the common questions Windows 7 users might want answered:

Issue: Can my XP Msstyles work on Windows 7?

In fact, there’s a program that will convert XP msstyles to WindowBlinds:

Here’s a copy of Thallos by Kol, one of the most popular msstyles of all time… 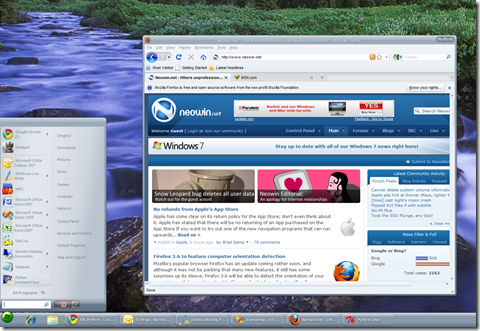 This is running on Windows 7.

I’ll side-step the debate on what determines “ugly” and focus on Aero.  WindowBlinds 7 introduces a new format called UIS0. The idea is to be able to apply different types of textures and skins to Aero itself rather than completely remake the UI.  There is also a new feature in WindowBlinds 7 that allows users to texturize existing skins.

As a result, even if you just like Aero or Aero-like skins, you can take those and turn them into whatever you want: 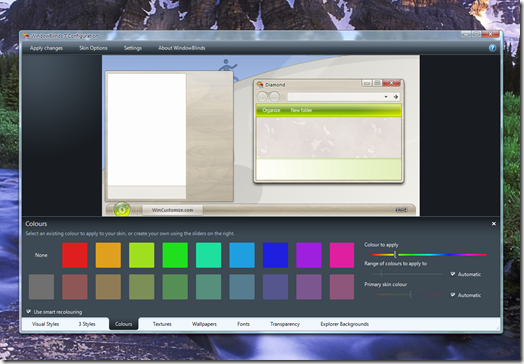 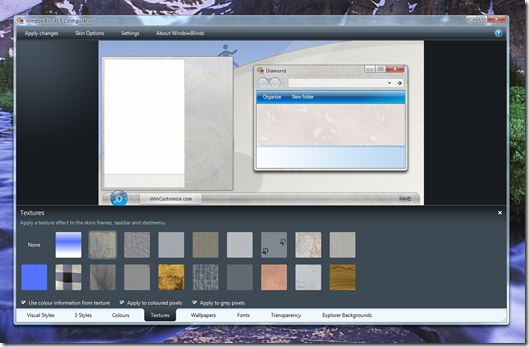 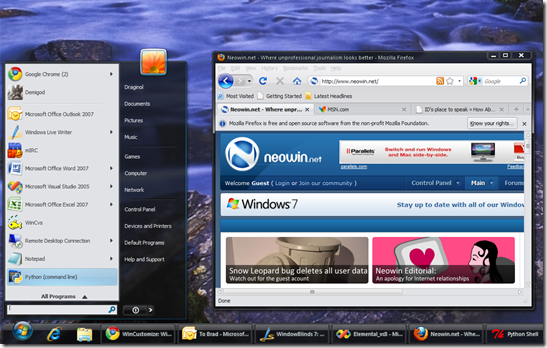 As a result: Even if you don’t even use the thousands of other skins available to WindowBlinds, the new features in WindowBlinds 7 give you an infinite number of possibilities.  The Start button can be raised or centered.

In fact, let’s compare the above screenshot to trying to do the same in Windows 7 using the included options: 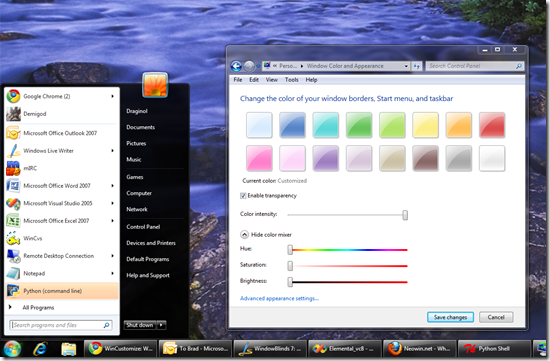 The above is the best one can do with the built in customization options in Windows 7 when trying to make Aero “dark”. 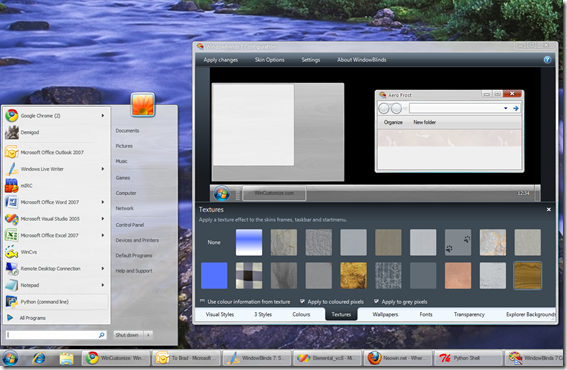 Obviously something like the above is impossible with the built in options in Windows 7.

Issue: What about new skins for WindowBlinds 7?

There’s lot’s of new skins in development specifically for WindowBlinds 7 too.  Here are 3 that are already done. 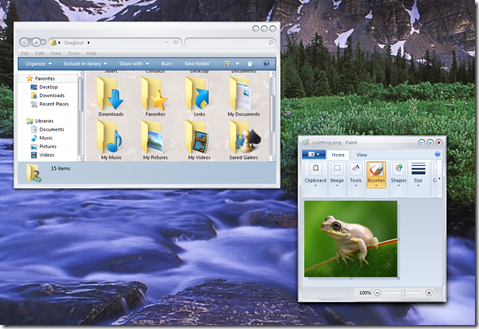 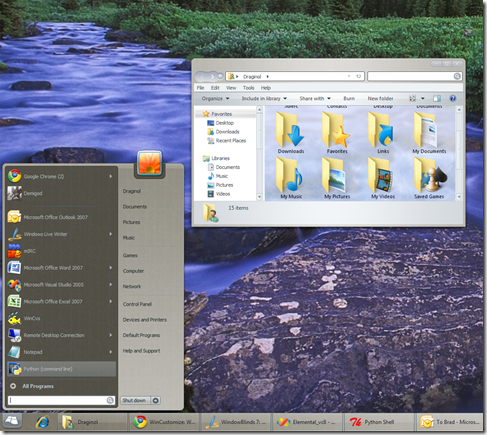 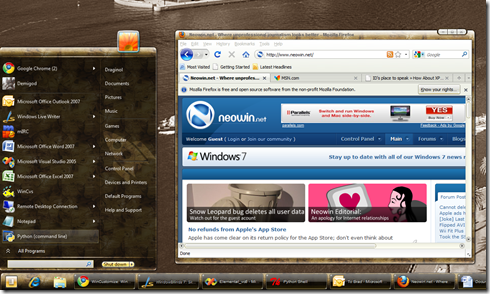 As the release of WindowBlinds 7 gets closer and additional skinning features come online, more skins will be released both by Stardock Design and the community.

If you want WindowBlinds 7, right now the only way to try it out is via Object Desktop (www.objectdesktop.com).