For our brave and daring beta testers who are playing through the prototype betas (Beta 1 and the forthcoming Beta 2) it’s probably hard to imagine Elemental having role playing aspects. But the quest system is a big deal in the game.

You ever play D&D? Or maybe (as I did) Fantasy Hero? You are exploring a world, going into dungeons, and generally wreaking havoc in some poor guy’s kingdom.

Well, in Elemental, you’re that poor guy – the king of that kingdom.  There will be parties of adventurers running around the world.  Maybe next time you and your buddies get together and accidentally set free a Balor and run away from it that you’ll feel a pang of sorrow for the poor king who has to clean up after the mess you make.

This is what Beta testers see 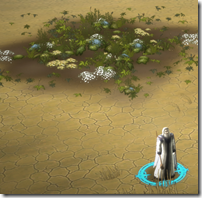 This is what the same thing looks like in the actual game.

In this thread, we want to discuss specifics. What types of quests would you like to see in the game? Programmatically, we’re leaning towards using Python to create quest templates with XML to create derivative quests.

For example, the old “fetch me the gauntlet of Mordon and I will give you the ring of radiance” quest would have its details done in XML but the actual mechancis of the quest would be done in Python.  That way, modders and such can create additional quests later on and share with people. Non-coders can then use a built in editor to create quests using the existing templates.

I.e. list some quests you would like to see in the game. Be as specific as possible and we’ll try to get them in.