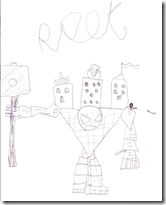 Demigod is close to celebrating its first Christmas.  It’s been an exciting year for its community and for the game itself.

Developer Gas Powered Games has sent us a new Demigod build that has some tweaks to Oculus that we had requested. He won’t make it to the general public until after we get back from the holidays. The QA team have been just swamped with new stuff to test out (they play video games for a living, the bums!).

We expect to begin the new year with a bang with the release of Oculus.

So what will be happening during the next year for Demigod players? Demigod, being a Stardock published game, will continue to evolve this next year. Let’s talk about a few of the things we’re planning.

Now, the first thing to understand is that a lot of these features will be coming via Impulse Reactor.  The idea is to put together an SDK that will allow game developers to easily add their own achievements, clan support, account info, etc.  Demigod will benefit from these new features.

The way it’ll work is that players will be able to join a clan and each can will gain points when one of their members wins.  That’s the first stage which is obviously pretty easy to do.  The more challenging stage is something we hope to develop for Elemental that will be brought back to Demigod where users will be able to essentially set up entire games through the overlay bypassing the existing Demigod lobby so that we can keep adding new types of match-making and game modes without having to interrupt GPG’s development schedule (GPG is working on Supreme Commander 2 right now).

There’s already some pretty good balance mods being made for Demigod that sound interesting.  We’re going to create a modding library early in the New Year so that it’s easier to find and download mods made by the community.

I know one of the personal things I am hoping we can get in are some additional maps but we’ll have to see what is possible.  There’s a few of the bigger maps that I’d love to see chopped down for more intensive 3 on 3 play but that’s just me.

We do plan to continue to enhance Demigod itself. We’d like to see the Queen of Thorns get a bit more love. She’s a powerful demigod in the right hands but in the wrong hands, she can become an online “feeder”.

Some quick thoughts on Multiplayer

Those of you in the beta for Impulse: Ready to Play and making good use of it already know this but it’s worth repeating often: Playing online with strangers is always a crapshoot. That’s one of the reasons why so few people actually play online.  Hard-core gamers like myself play online because we like the challenge but it also means we spend a lot of frustrated time online.

What we can do is try to make it easier for people to get games together and that’s going to be one of our major focuses for this next year on the multiplayer front.

Hope you have a great new year

As for myself, I know I’ve enjoyed this past year a great deal with the Demigod community. There have been times where it’s been hard for all of us, especially when the game released but overall, one of my favorite things about Demigod is its online community.

So no matter where in the world you are, we hope you have a Merry Christmas and Happy New Year!