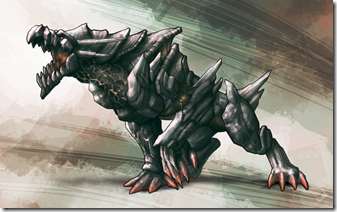 As reported elsewhere, Elemental will not be released next month but is tentatively scheduled for 3rd quarter 2010. Those of you who have been reading these journals of course have known that since last Fall but we had neglected to change the update on the store page.

So that we can refer to this journal entry later, we are not committing to any particular date. “When it’s done” is basically our time schedule.  That doesn’t mean we’ll wait until every feature we can possibly imagine is stuffed in there before we release it but it does mean that we aren’t going to let an arbitrary date determine when it’s done either. This is our baby. It’s your baby. It’s something we’ve all been waiting for for a very long time and it won’t be rushed.

So what are the basic things we feel have to be nailed down? I.e. what are things that we absolutely essential? These are the things that would cause us to delay the game if we aren’t satisfied with them:

The best way to know how things are going is to keep an eye on what public beta is out there.  Use THIS POST to keep track. We won’t go to BETA 3 until we are happy with the game mechanics and general fun potential.

Note: This doesn’t mean all players will agree with us on what constitutes “fun”. I guarantee there will be posts that will point to this very entry claiming that we agreed to have “fun civ building” but we went back on that because “fun” to that person means mining ore, smelting it, sending it to a shop to be turned into a sword, having the sword shipped somewhere else stored in a warehouse and then equipped (hint: we don’t stockpile resources in Elemental).  So we aren’t trying to be all things to all people. But the above should give you an outline of some of the things we think are very important.

If you think I left something out, post below and I’ll either answer YES. NO. Or some lame cryptic marketing answer.