We’re doing some final testing on Beta 2 and expect (but we’re not promising) to release it this week.

This article will walk you through the beta and help you understand what is and isn’t in the game and what kinds of feedback we’re looking for.

If you’re in the beta or joining the beta program, please become very familiar with the reporting guidelines.

Major Features that are NOT in this beta:

Game Elements Disabled for this beta

1. Most of the Magic, Adventure, and Diplomacy techs have not been checked into the public build. 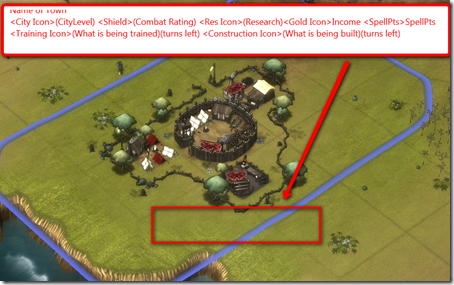 We plan to have a HUD option where users can play the game with a head’s up display (HUD) that provides additional on screen details. We’d like to have it configurable (more than just HUD enabled or disabled). 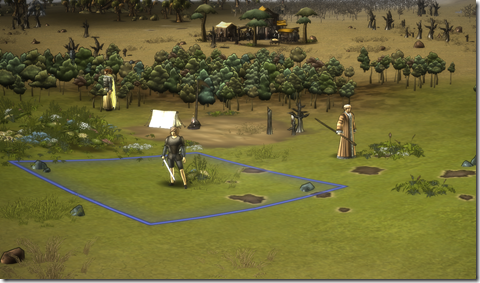 Make sure you play the game a few times first before deciding on what the game “needs”. But we are looking for your feedback on everything from balance to pacing.

The multiplayer part of the game is pretty primitive. Our main interest in this build is to make sure you are able to connect with each other. This was something in Demigod that we felt didn’t get enough attention during the beta that we want to make sure is very solid.  Playing against the AI is also a good test in multiplayer because you have to connect to an AI on one of our servers. 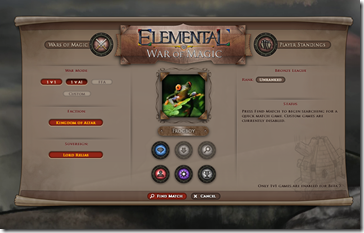 So sum up multiplayer: Our interest is whether you can connect. Once you’re in the game, it’ll be pretty crummy for now.  Once we are satisfied with connectivity, we’ll enable and clean up the actual in game-multiplayer experience.

What would make the game easier to play and easier to manage?

‘nuff said except absolutely be specific on your hardware.

What we’re not looking for

As anyone who has ever worked on a large commercial software project can tell you, particularly a game, changing interface and usability (game play, balance) is not the long part.

To use an analogy, it would be like first having to write Adobe Photoshop in order to create a really cool image on it. Most of the effort/expense was put on making the program first. Tweaking and enhancing the image is certainly crucial to determining whether the final image is a good one or not but relatively speaking, it isn’t time consuming compared to making the underlying “engine”.

In the case of Elemental, half the effort is making the engine. Nearly another half is making the assets (graphics, models, etc.). And the tiny piece left are the game specific elements.  It’s a huge undertaking and we are so very glad to have you guys as part of it. Hence, when making suggestions and requesting changes, things that require changes to the engine or creation of new assets are much tougher than things that involve changing game play, variables, etc.