August 24th. The day we at Stardock have been working towards for THREE years. 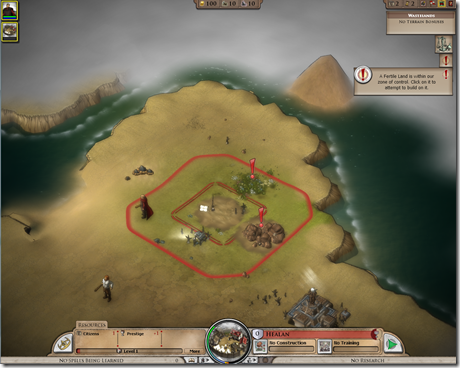 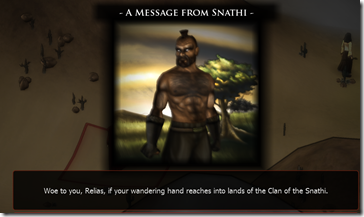 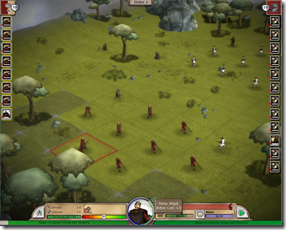 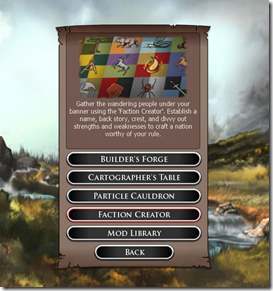 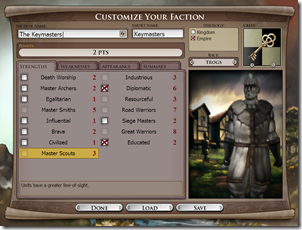 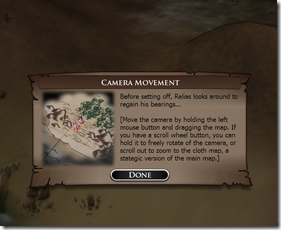 Game Version 1.05
---------------------------------------------------
* Gameplay / Balance *
+ Several new spells added
+ Boats will no longer disband due to dissertion
+ Absolute elimination of duplicate NPCs
+ Vigilant Demon now has mana
+ Combat Speed can only be increased 0.25 per level
+ Shop values for weapons lowered
+ Elementium description added
+ Outposts and such now provide +HP to units stationed
+ Fewer resources are spawned at the start of the game
+ Summoning spellbook no longer available at start
+ Tech trees can now reach level 5 notable locations and quest locations
+ Fixed issue that would prevent people from completing the Old Enchanter quest (a.k.a. the midnight stone quest); it wasn’t checking the items of the unit that reached the quest destination, rather those of the  unit that started the quest, which could be a different unit.
+ Random quest locations should no longer spawn on hills.
+ Snathi now has a new, non-Drake leader

* AI *
+ AI manages ships better
+ AI Sovereign’s spouse will seek the safety of a friendly settlement rather than travel with their spouse
+ AI more effective in establishing strong armies prior to going on the offensive
+ AI better at determining whether it is in their best interests to declare war
+ AI will notify player of tiles they should be using and how to use them.
+ Janusk provides a lot more useful information
+ AI difficulty levels tweaked for more challenge at higher levels
+ AI tweaks to XML

* Battles *
+ Added "Auto-Move Camera in Tactical" which is OFF by default
+ Clarified some language for the hurl boulder spells (that it does non-defendable damage).
+ Auto resolve draws will now favor the defender.
+ Added message boxes to tactical battles when action points are too low to do some action.
+ Added the ability to bring message boxes up as forced popups (always on top).
+ Added checks in auto resolve to be sure a unit can counter attack and its target can be counter attacked.
+ Added more robust checks to see if tactical actions can be done.
+ The tactical action check will now return a string if the action cannot be done.
+ Casting a spell will now properly check action points for special abilities and ranged attacks.
+ Moved the logic to refresh troop numbers to happen when a unit's health changes.
- Updating troop numbers should now be a bit more logical.
- A unit's max health is now properly based on the maximum amount of troops they have (not their current troop number).
+ In tactical battles units that have no spell can no longer open the spellbook.
+ Fixed a few temporary cursors in tactical battles.
+ Added sound effects to all the spells that were using FlameBurst1 (which doesn't exist)
+ Added the IsSpecialAbility tag to SpellDefs.  Enabling this makes the spell cost 1 ap instead of 2 ap to use
- Updated all the core ability spell defs with the IsSpecialAbility tag.
+ Casting spells in tactical battles costs 2 action points now.
+ Using special abilities in tactical battles costs 1 action point now.
+ Shooting a ranged weapon in tactical battles cost 2 action points now.
+ The tooltip for a unit’s hit points in the tactical battle window will now show any bonuses applied to the health.
******
* UI *
+ added ESC key support for closing common popups.
+ new tutorial messages added to the campaign, explaining the basics, including: camera movement, unit selection and movement, founding a kingdom, tapping a resource, visiting an item shop, etc.
+ Added a bunch of new shortcut keys
+ Fixed unit shortcut keys while in a city (now clicking on a unit portrait in the city will do that unit action instead of overriding to the city keys)
+ Fixed cases that you could click a unit, then click a goodie hut (for example), and still use the previous units shortcut keys
+ Enabled shortcut keys for items that don't belong to the local player (details, propose, recruit, etc.)
+ Fixed the hiergamenon resource breakdown page to include houses under construction for food
+ Added code to reset minimap for new game
+ New game tray implemented (now has next unit and next city buttons)
+ Added shortcut keys for next unit and next city (shift+u and shift+c, respectively [shift+s already jumps to sovereign so consistent])
+ Tool tips cleaned up
+ hooked up new for when disband unit action is disabled
+ Faction Editor “Faction Creator” hooked up
+ Mod Library button added to workshop
+ clicking someone without a soundpack uses a UI sfx, not a grunt/yes/ etc (less annoying)
+ Champion Lorebook/Context area Tweaked, adding ‘Equip’ button that brings up EQUIPMENT, remove list of items
+ unit context: removed equip icon on medallion (redundant...button directly to the right had same functionality)
+ Map Notifications now display HUD icons on the map, event icons on the side, and when you click the event list icon it’ll take the player to the event they need to see

* Engine *
+ LOD levels on main map are now back to what they used to be for better performance
+ New shard effects, both dormant and tapped, that over 1/2 as intensive as their older versions (the joys of beam particles over billboard particles)

* Impulse Overlay *
+ Support for swedish, finnish, icelandic and spanish keyboards which have the @ symbol on an alt-gr modifier key.  It is also now possible to enter some more unusual symbols too!
+ Wheel scrolling in friends list.

* Bug Fixes *
+ Fixed issue that was preventing quests from placing locations with their preferred type (CQuestDef wasn’t saving the preferred type, so when the data zip was loaded, it would be null).
+ Fixed some crashes on load from if a unit type was retired while a unit of that type was in a training queue, since the unit type would be removed from the global vector but some things would still be looking for it on load.  Now the function to remove a retired unit type checks the training queues of all the cities, too, and when the AI retires a unit type, it removes it from its list of designs.
- I think this also fixes some crashes on load from the testers downstairs, where I would see units looking for AI designed unit types that weren't in the unit type list anymore, as well as the loading in of the AI designed unit type vector, but I'm just making an educated guess based on the fact that the AI automatically retires unit types it designs itself.  This does fix a reproducible crash related to training units at least, though.
+ Campaign: AI cities named correctly to match lore
+ Lost Library and Ancient Temple now using proper cloth icons for their built versions (lost library used to like ancient temple)
+ Fixed bug where using a soverign for a race not their own (ex. Relias with Capitar) then playing against the race you would have led (Altar, in this example) the random sovereign would retain your name (2 relias’ talking to each other)

- We did find a crash bug where monsters attack the player, the player survives and a bad thumbnail causes the game to crash. We have fixed this internally. But it wasn’t in time for tonight’s build. It should be a rare scenario. Next update will add this fix in. [update, it has been decided to release that fix tonight rather than wait,  you may [probably] won’t be affected by it so you won’t need to re-update unless you feel you need to].

- We are going to add an event so that if the user clicks on a global resource it will remove the notice.

- The Sand Golem token may need to be nerfed (quest item).

Where to get Elemental in North America

What to get Elemental elsewhere

Help Help! How do I play?

What about a Demo version?