So right now the team is working on getting v1.09 of Elemental out this week.  I’ve been working on the AI which continues to generate a considerable amount of pain for me but it’s getting better but as I’ve gotten better at the game I’ve found it very problematic at certain things.

What I’m working on tonight is a detailed user manual update that will be based on v1.1 of the game (global mana and population as a resource).  Population as a resource was something discussed in the beta a lot and was one of the core design elements of the game got lost because, at the time, the engine didn’t support non-storable resources (i.e. resources that are calculated each turn).

I’ve been playing a lot of Civilization 5 recently. I am enjoying it quite a bit and I really really wish the Civ and Elemental communities would cease sniping at each other.  It may seem hard to understand this but Stardock and Firaxis are on the same side.  We’re not competitors. We’re friends. I think I can safely say that we want Civilization V to succeed and Firaxis wants Elemental to succeed. What neither of us want is for everyone to just throw their hands up and decide that Elemental II/Civilization VI should be a first person action game.

Anyway, my point is, please don’t use our forums to criticize Civilization V. Given the state Elemental launched in, it makes us wince (glass houses, stones, etc.). But flaming Civilization V is about the same as flaming Elemental to us. They’re our friends. Please back off.

Now, a lo of people have been talking about the original Elemental PAX Beta UI: 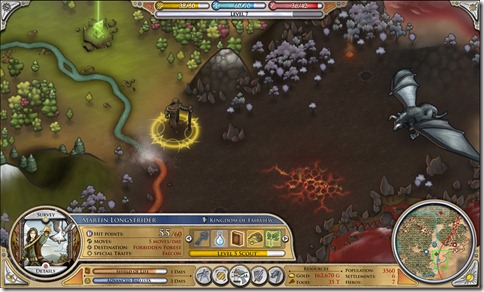 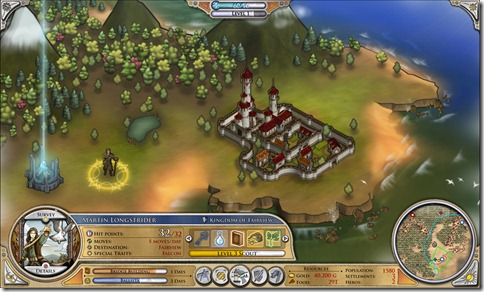 So why did we change from that to our current UI?

There were a lot of reasons but a big one was, at the time we had to do a UI, performance. These are development journals so one assumes some of you guys like technical details. But basically, at the time we had to finalize our UI, we couldn’t support having a context-sensitive detached UI like this (the highlighted object would bring up a context-sensitive mini UI where the current item was).  It also required 1280x1024 which  we weren’t prepared to require as our minimum resolution.

After Elemental: War of Magic, we’ll be able to reevaluate what the engine can support.

So v1.09 is still mostly about bug fixing, memory optimization, etc.  A broken API got fixed that made the AI considerably better but it’s still way way too unaggressive.  Having a non-cheating AI kind of stinks sometimes because the AI doesn’t usually know how weak your cities are.  In GalCiv, the AI could come up near your planets and see how poorly defended. But the same technique fails in Elemental because they don’t get close enough to your cities to see how weak they are and then coordinate.  So it’s something I’m still trying to deal with. But if anyone wondered why the AI wasn’t “aggressive” enough now you know. It’s something I’m painfully aware of.

The demo version won’t come out until v1.1 and will be based on that.

v1.09 will also coincide with the special content for people who bought the game as Best Buy or Walmart. They get their own special quests.  That said, we will be providing this content for free to all users 90 days after their availability to those users (they paid for them so don’t feel like you missed out). 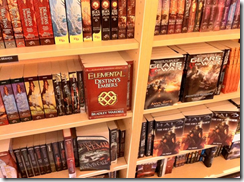 The book is at a bookstore near you. We’re pretty happy how it turned out and the book takes place 800 years AFTER the War of Magic so you can get some hints and allusions to things coming up in the game world over the next several years.