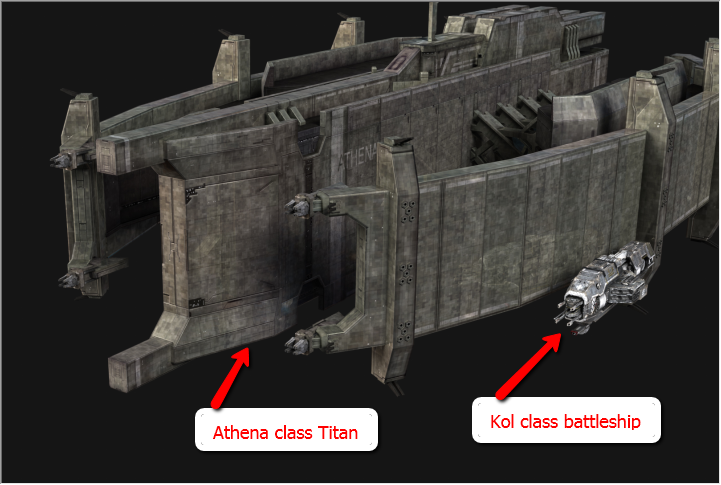 Sins of a Solar Empire: Rebellion is the most significant change in the Sins universe since the original release. Not only are there twice as many factions to choose from but the already impressive scale of warfare gets a big boost with the introduction of the Titan class ships which absolutely dwarf the existing capital ships (see in screenshot a favorite TEC battle cruiser class capital ship).

Not surprising, the Sins of a Solar Empire engine (the Iron Engine) required a significant upgrade to deliver these spectacular enhancements in scale.