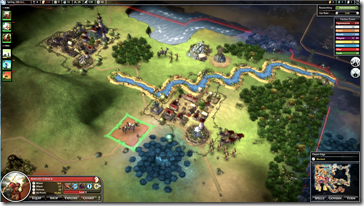 I must confess, I wasn’t expecting one of the best reviews of Fallen Enchantress to come from PC Gamer let alone Tom Francis.  Which isn’t to say I don’t think he’s a good reviewer, he is.  But PC Gamer’s Tom Francis was the avatar for those who were deeply disappointed in our first attempt at creating a fantasy strategy game back in 2010 (that game, Elemental: War of Magic).

Deep down, I had hoped PC Gamer would assign Tom to review Fallen Enchantress. I thought it would be inappropriate to explicitly ask PC Gamer to assign our biggest critic to review the game that represents Stardock’s revisit of this genre.  But they did and he did.

I agree with the review, even on the criticisms (I don’t generally like scenarios, they’re like a checkbox these days but Fallen Enchantress is designed to be played as a sandbox game).

Makes us very excited what comes next!