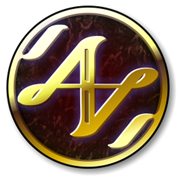 Last month a lot of time was spent on Fallen Enchantress v1.3.  We also used that time to do a lot of play-testing of Legendary Heroes.  The more we play, the more we think players are going to like it.

We are going to delay the beta one more week. We were planning on having it come out next Thursday. But after talking to the marketing team, it was decided that the question of 32-bit support needed to be answered by the time pre-orders start.  That is, will Legendary Heroes allow 32-bit users to play on the new “Huge” map size.

So I’ll be spending this weekend doing memory profiling to see what can be done to see if 32-bit users (and yea, there’s  a lot of them out there) will be able to play these huge maps.

The annual Stardock report is going to be coming out soon. One of the things it’s going to touch on is that Stardock used a lot of the money used from the sale of Impulse back in 2011 to create a fund to help launch new start-ups.  We haven’t announced any of these new entities yet and won’t be for awhile. But the bottom line is that there’s a lot of game projects floating around here and as I’ve said many times in the past, I don’t like designing games and Kael has crazy amounts on his plate and Jon is full-time on “At the Gates”.   So we’ve gotten some help…

We’ve brought on board someone many of you know – Soren Johnson (designer of Civilization IV) who has come to Stardock, at least for awhile, to oversee the design of all our games.  Obviously, my boss, Derek (Kael – I run Stardock but Derek runs the game studio and in the game studio I’m the lead programmer so I execute his directives, yes, it’s weird) ..anyway he will still be the one to ultimately approve and massage these designs but we’re grateful for Soren’s help.  So please give Soren a warm welcome.  I think his impact on our upcoming (think 2014/2015/2016) will be pretty obvious.

This is going to be a big thing next week but Stardock has a killer app for Windows 8 that’s being announced and made available next week. Start8 continues to grow in popularity, I think this new app will be at least as popular.

We’ll keep you guys up to speed. We read the forums and try to incorporate what we can.   We’d like to send a particular shout out to the Penny-Arcade forums for coming up with the “Swarm” mechanic which has really changed (for the better) the tactical battle mechanics.

That’s all for now. Cheers!