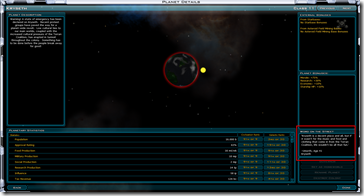 I was playing Galactic Civilizations II last night. I hadn’t played it in a very long time and was stunned by just how much…awesome it has in it.  That awesomeness didn’t come from the original design. It came from years and years of iteration and frankly, labors of love.

The problem I see with Legendary Heroes is that it’s really hard to do iteration like that.  After all, it’s technically Elemental: Fallen Enchantress – Legendary Heroes. It’s a mouth full.  No one calls GalCiv II “Twilight of the Arnor”. It’s just called GalCiv.

But Elemental got off to such a rocky start that for good or bad, we don’t really call it Elemental anymore.  If the quality and fandom that supports Legendary Heroes could somehow be applied to Elemental that would be great.  But it’s not. It’s barely applied to Fallen Enchantress.

Frankly, from a purely a branding perspective – i.e. the THING that people remember playing, we basically call it Legendary Heroes.  It’s just really hosed up.

Then you have the DLC situation.  The DLC for Legendary Heroes doesn’t just sell well. It sells insanely well. There’s a huge demand for it because the installed base of the game we call Legendary Heroes (but is really Elemental: Fallen Enchantress – Legendary Heroes) keeps growing.

I know some people don’t care about the name.  But the reality is, the single biggest thing holding LH back is the brand confusion.  I’ve seen people on various forums say that LH is probably the best fantasy 4X that is currently available (though Age of Wonders 3 is looking pretty awesome).

So we have this great fantasy game that we have the budget to keep iterating on that is artificially held down because no one really knows what to call it.