We’ve been blessed with a lot of fantasy 4X games in the past few years.

Besides the Elemental games we’ve gotten Warlock, Age of Wonders 3, Eador, and soon Endless Legends. If you like fantasy games, I highly recommend checking them all out (except War of Magic which is inferior to all of them).

Unfortunately, as game designers, we have an unusual challenge: Magic.

It is really really hard to write good AI in a game that literally allows players to conjure up all kinds of game changing stuff.  The granddaddy of this genre, Master of Magic, didn’t really have an AI.  In theory it did but the AI doesn’t really provide a challenge. The game’s amazing game design makes a strong case that it’s the journey that matters, not the destination.  That is, in MOM, winning is a foregone conclusion. Of course you’re going to win. The question is how?

At the risk of being boastful, as problematic as War of Magic was at launch, it was highly innovative.  The cloth map mode it introduced is kind of expected now. 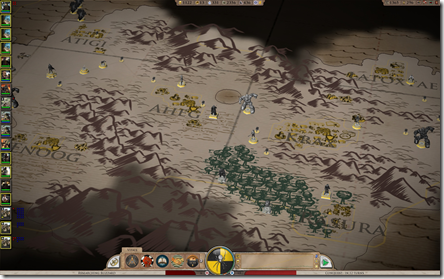 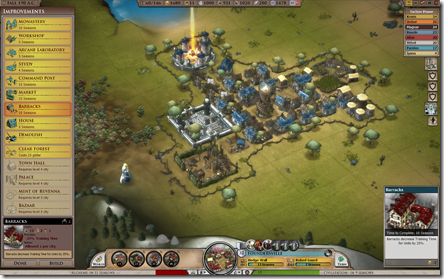 The problems of Elemental: War of Magic could be summed up as follows:  It was a series of interesting game concepts that were not tied together versus computer opponents who weren’t sure what they are supposed to be doing.

If I had to do it over again Elemental: War of Magic would have been bulleted like this:

This design takes into account the basic problem in magic games: You can’t make a Civilization style 4X game and have powerful magic at the same time. If the object of the game is to conquer another empire, then you have to deal with balance and magic eliminates that balance.  Conquering other cities should not be the goal in these games. It’s boring and tedious.  It should be optional but not central to whether you win or lose.

By making magic both the tool AND the goal, you can eliminate mundane balance issues.  Want to protect your capital by surrounding yourself with mountains or ocean? No problem. Go for it.  But you can’t do that if the AI is required to actually conquer your cities in order win.

If city conquest is the goal, then magic has to be gimped and at that point why have it?