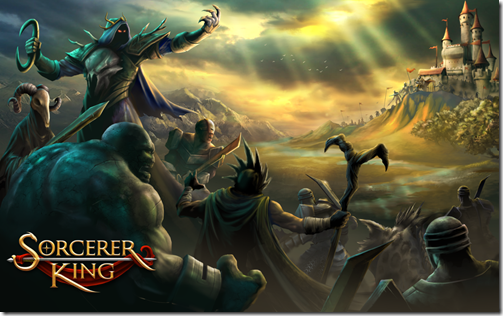 Stardock is pleased to announce the early access availability of a new, asymmetrical 4X fantasy strategy game. The Sorcerer King puts the player as the sovereign of the last surviving kingdom in a world that has already been conquered.  Having annihilated the other kingdoms, the Sorcerer King is now casting the Spell of Making which will transform him into a god – at the expense of eliminating all life in the world.

Your only hope is to build alliances with the remnants of the factions you previously had been competing against to raise an army strong enough to defeat him before he finishes casting the spell.  It won’t be easy though, the world is already controlled by the Sorcerer King and his minions are founding strongholds and destroying the very shards you need to gain magic.