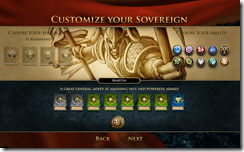 We’re very excited to have you with us on Sorcerer King.  We hope you’re having as much fun playing the beta as we are having making it.  This post will go over the road-map between Beta 1 and the final release of the game so you can see where things are.