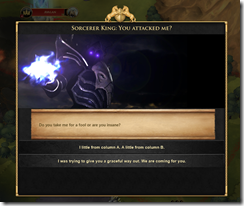 We cannot wait for you to get Beta 2.  I always hate the first beta. They’re so painful. They’re basically a “does this work on your machine”. Very boring.  Beta 2 is where the actual game starts to matter a little.

So where do things stand with Beta 2?

Beta 2 is due out this month and it’s going to be big.  It’s where the Minor factions start to matter. A lot. It also starts to really show off what makes Sorcerer King unique as a strategy game.

Yea, I may have burned down the forest but it was for a good cause so it’s ok.

We will be trying to reinforce that Sorcerer King is a game where you start off as if you won the previous 4X game you played. You are mighty. 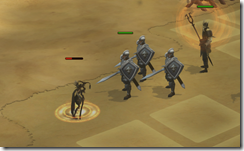 Again: this is a contest between very powerful beings. Your group is elite. You’re just vastly, vastly outnumbered.

Below in no particular order are some notes for beta 2: