I’m happy to report that the ALPHA build of Ashes of the Singularity is nearly ready to share with those who have joined the Founder’s program. We expect to make it available early next week.

We’ll have exciting features such as:

What is the purpose?

This will be the first time Ashes of the Singularity is being made available “in the wild”. We want to see how the engine is working and start building a core community to work with as we begin to implement proper balance, UI, hardware compatibility, etc.

What should you report on the forums?

Everything. Visit the Founders and report everything you can. https://forums.ashesofthesingularity.com/forum/1112

No.  In fact, we won’t even contemplate early access until the game is much further along.

So who should join?

People who are looking for a next-generation RTS (real-time strategy game).  One that has been built from the ground up for modern PCs.

To join the Founder’s you will need at an absolute minimum:

Here are the games we think Ashes of the Singularity will appeal to:

So why shouldn’t I become a Founder?

You almost certainly should not unless you are really really into this type of game.

Is there a walkthrough? 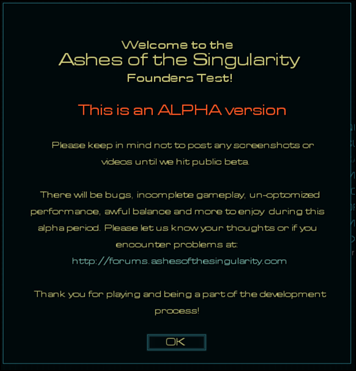 Title music and themes are composed by Richard Gibbs who composed the music for Battlestar Galactica.

The year is 2178.  Humans, as we know them, have evolved.  They are now locked in a galaxy wide war amongst both themselves and a sentient AI race collectively called the Substrate.

The war is for control of planets that are suitable to be converted into a substance we are tentatively calling “Computronium” (during the founder’s program, we will be coming up with a different name).

When a planet is found, the claimant places a “Seed” structure on the planet from which they can construct engineers and and other units to begin the orderly conversion of the planet into that person’s ever expanding empire.

Sometimes, however, a planet has multiple claimants resulting in conflict.  Your job is to either convert the planet first or annihilate your opponents.  Victory means adding that planet to your empire which in turn grows your power base. 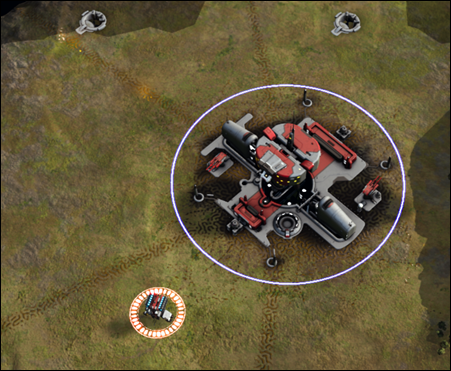 This is the Seed structure along with an engineer.  The seed is already quite powerful and not easily attacked. It can produce engineers.  Engineers can construct other buildings and claim resources (metal and radioactives).  You need metal as a base building material and you need radioactives for more advanced items. 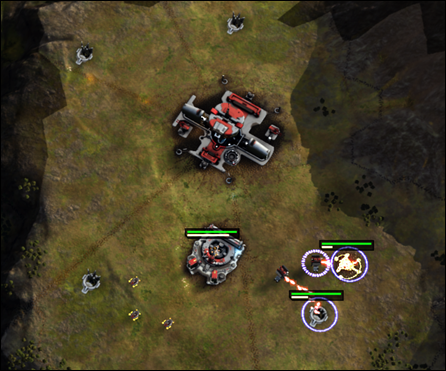 I tend to use my first engineer to go around and build metal extractors and then have a second engineer build a factory. 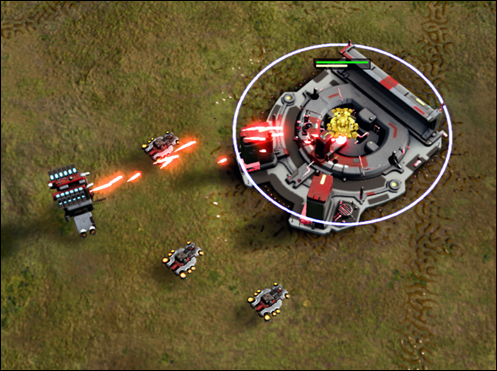 You can speed up construction of units with an Engineer. 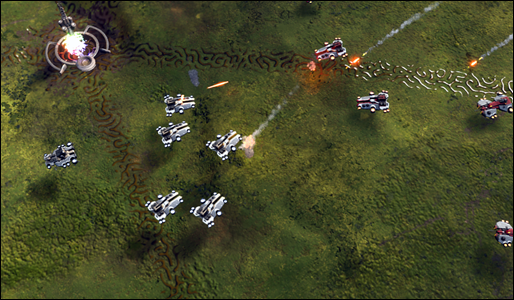 Each region has a power generator in it. You must capture it to gain control of that region. Once you do that, you can claim the resources as well as power buildings. Regions start out with guardians (creeps) that must be killed off before you can take it. 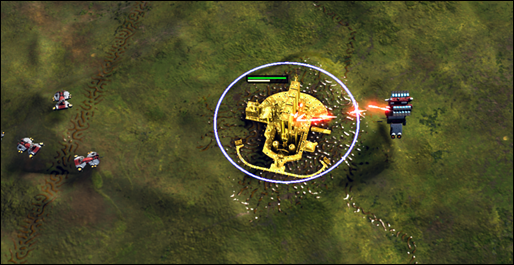 We look forward to hearing from brave (and/or crazy) people looking to join us on this adventure. 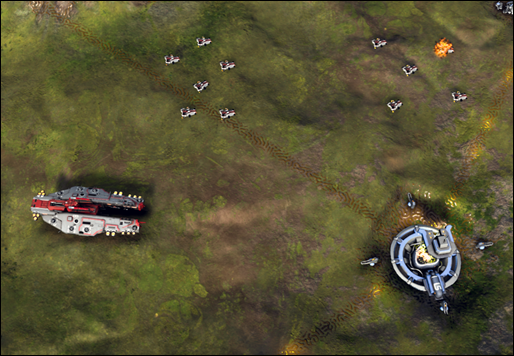