So I finally got a Tesla. 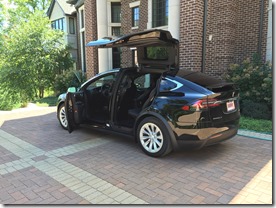 Some of my friends were surprised I didn’t get one earlier.  I have a 20kw solar array that provided more than 100% of my electrical needs. So why didn’t I get a Tesla when they first started coming out? The short answer: I didn’t think they were practical at the time.

When the Roadster came out in 2009, it’s theoretical 240 miles (realistic, 190 mile) range wasn’t far enough for me to do serious distance yet.  Remember, in 2009 there was no national super charging network.  I already had a sports car, a Porsche 911 Turbo. And as for an electric daily commute car, I already had something in mind: The Chevy Volt.

I love the Chevy Volt. I still do. It’s a great car. I was one of the first to get one in January 2011.  My 3 mile commute to and from work was no problem for the Volt. It led to a very annoying side-effect though.  The Chevy Volt will force you to burn off your gasoline if it gets old. Which happened to me.  When I got my second Chevy Volt in 2014, the first Chevy Volt still had some of its original gas in.  That is, I almost never drove it beyond its limited range.

For more serious travels, I love (and still do) the Jeep Grand Cherokee.  It can haul stuff, it has a trailer hitch, it’s comfortable. 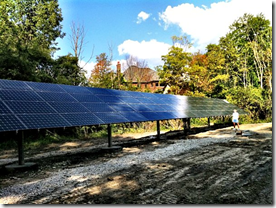 The Model S as a non-starter

As 2016 approached, I was looking to have a single vehicle to replace my the Chevy Volt ($42k as configured) and my Jeep Grand Cherokee ($48k as configured).  People recommended the Tesla Model S for the same reason people always recommend electric vehicles to me: Charging would be free (both at home and through the now mature Super Charger network).

The problem with the model S for me was lack of towing. I know it’s a small thing but this vehicle had to be able to tow.  Not far. Maybe 10 to 15 miles. But it did need to tow (I needed to be able to move my Polaris Ranger EVs around so I can do beekeeping at various places around here).

The Model X is full of win

The Model X was exactly what I needed.  The model 90D had the range I needed (260 theoretical/230 realistically), a towing hitch and good storage.

I’ve seen people in reviews and online make fun of the falcon wing doors it comes with as being a gimmick.  They’re not.

Ever put a heavy computer or other delicate device (or I child I suppose) in the backseat of a van or normal car? It’s a pain. The key feature of the falcon wing doors is that they remove the ceiling when they go up. I didn’t care about the falcon wing doors when I bought it. Now, I would say they are one of the most important features of the vehicle.  The other feature that turned out to be a big deal was the windshield. It is, by far, the most expressive windshield I’ve ever seen.  And, somehow, as if by magic, the sun shining on it doesn’t make the car hot.  In fact, you can (don’t do this) look directly at the sun.  It has to be some sort of polarization going on because it’s not due to tinting.  I normally wear sun glasses when I drive but with the model X, I don’t need to. It was the most surprising feature of the car.

In the end, however, it was the auto-pilot that made me pull the trigger.

I regularly see comments complaining that Tesla shouldn’t have called it Autopilot because dumb people are going to get confused.  Two things: First, it’s actually called auto-steer in the car.  Second, generally, the demographic of people who can afford a $100k+ car aren’t idiots.  Buying a Tesla is a very deliberate thing.  People know what they’re getting into and the feature is off by default.

So how is Tesla’s auto pilot? Version 7.1 of it is good. Damn good. Scary good.

My friend and I just released a sci-fi book about the technological singularity.  In our story brain storming sessions, we argued on when self-driving cars would be a thing.  This was only a couple years ago.  Neither of us would have believed that in 2016 it would be this far along.

Specifically, what auto-pilot is (in version 7.1) is adaptive cruise control + lane control.  This combination, however, is a game changer for anyone who’s taking a long trip.

Autopilot was designed for people like me. People who’s motto to their children is “Don’t do as daddy does”. I’ve never been an accident but you people are a lot safer with auto pilot in charge than me.

With electric cars, every house is a gas station.

But the rate of charging is very dependent on the circumstances and for whatever reason, reviewers of this car don’t really talk about it.  So I will here:

I ultimately decided against getting a dual charger.  For $1,700 I could go from a charge rate of 30mph to 46mph when using a destination charger. That’s just not enough of a difference to matter.

What does matter, however is Tesla’s Supercharger network.

Years ago my company made a digital distribution service called Impulse®. It was the primary competitor to Steam and when GameStop came looking for a digital distribution platform for their customers we were the only practical alternative to Steam.  It wasn’t just because we had great technology but more importantly, we had spent the time to build the necessary infrastructure.  Infrastructure rarely gets headlines but it often the primary differentiator.  We had the agreements with all the game publishers and we had built out a worldwide network of data centers.  No one (other than Steam) could touch this at the time and so we our platform was highly valued as a result. Infrastructure matters.  It’s not that GameStop or someone else couldn’t do what we did. It’s that it would take them a lot of time.

Similarly, Tesla has already won the electric car wars. People just don’t know it yet because they don’t realize the importance of the supercharger network. GM or BMW or whomever can’t compete with it and the difference between 400mph recharge (i.e. plug it in, go in and grab some candy or something and come out and have 90 miles back) is irresistible.

Like I explained to GameStop those years ago, it’s not that they or someone else with deep pockets couldn’t do what we did.  But they couldn’t do what we did quickly.  In our case, it often took months to negotiate a distribution contract, then get it legally approved and then signed.  It took us years to get EA, Activision, Take 2, Ubisoft, etc. all signed and it would take anyone else entering the market that amount of time too.  Our tech was great but in the end, it was our contract portfolio and infrastructure that mattered.

With that in mind, a GM or a BMW would still have to survey locations, get permits, attend the local supervisory meeting to get it approved, build the site, get it inspected, get the transformer placed in, get the meter installed, get the final inspection done.  There is no magic bullet to make that go faster.  No one is going to have a supercharger network any time soon other than Tesla which means that no one other than Tesla is going to have a car that a sane person is going to want to take on long trips.

The Woz and his Bolt

I read an article where the Woz was thinking about getting a Chevy Bolt.  Now, I love the Volt and the Bolt looks even better. But what’s the point? Steve Wozniak lives just outside San Jose. A popular spot in the area is Yosemite National Park. Maybe he’ll drive his Bolt there? No. No he won’t. Because it’s 180 miles away (at the very edge of the Bolt’s range) and there’s no way to fast charge it. But Tesla? Yep, there’s a super charger right off 120 on the way there.  Drop by, get a drink and some snacks and off you go.

Or how about another likely destination such as Fresno.  Again, no.  Fresno is 150 miles away. That means he would have to charge before he comes back.  Let’s say he has a friend with an ideal Bolt charger setup? He’ll be waiting five hours for his Bolt to charge.  But the Tesla? There’s a super charger right off 99 (he actually passes two super chargers on the way).

The point is, no other car currently available or that will be available in the near future is even capable of Super charging and no one else has even begun the process of building a super charger network.  That means, the only car now and for a very long time, that is electric and that you will actually drive a real distance will be a Tesla.

To be honest, I don’t really understand why GM and the others are bothering creating long range EVs without some sort of supercharger network (or even some sort of super fast charging system). My litmus test is that I can take my kid to college and come home (with a quick stop at a Tesla supercharger).  I can’t do that in a Chevy Bolt or anything else unless I want to, literally, sit there for an hour or two. What are they thinking? 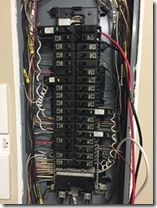 When ultimately I accidentally kill myself from my own recklessness, it is important to me that you, the reader, if it happens to get coverage, understands that I had it coming.  My wife doesn’t let me open wine bottles due to the..incidents.  But when I went up north on my own, I needed to be able to charge faster than 3 miles per hour.  This is a real-world issue for people. I drove up north and was down to 10% range.  3mph meant I would have to sit there for 4 days to recharge. Unacceptable.  So I wired up my own NEMA 14-50 outlet (bought the wire, a wire cutter outlet, and breaker).  It worked.  And, as far as I know, I didn’t burn down our cottage.  But as the chart shows, I went from 3mph to 26mph which means that overnight I can drive it a real distance again.

I’ve owned a lot of cars over the years.  The Tesla Model X is, by far, my favorite car of all time.  I like it even more than the beloved Porsche 911 Turbo which is something I never thought I’d say.  It is more fun to drive than a Porsche, more comfortable to drive far than the Jeep Grand Cherokee while being more practical as a daily driver than my Chevy Volt. But it’s not perfect.

So I obviously love the car and have come to admire Tesla for their long-term vision.  Even now, they’re building a factory dedicated to making batteries. This is another one of those unsexy things that will ensure they own the electric future.

I personally have no issue with “ICE” cars. I’m not an environmentalist. I didn’t buy the car because I am worried about carbon emissions.  I just like the idea of being able to produce my own power.  In a decade or two, many people will be powering their own homes with solar shingles or some other thing.  The kid’s kids will think it weird that we used to pour goo into our autos to make them go. And Tesla is on top of all sides of that equation.

For the first time in a long time, I enjoy driving. I enjoy having a vehicle that makes driving long distances easier. I never thought I’d find a vehicle that was so fun and so practical simultaneously. But here we it is with the Tesla Model X.