I had the opportunity to get a saved game from a player who was experiencing long turn times.  This was extremely useful because it’s one of those things you “hear” about sometimes but it “never happens on my machine”.

I was able to reproduce it and the results were fascinating. 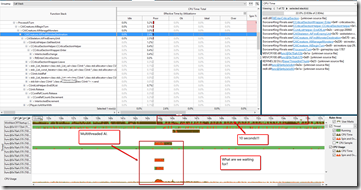 A huge part of the cost was recalculating those zones of control.  This is something that has always been in there (going all the way back to Elemental) but over time, it appears to have got more and more expensive as we have added more “stuff” such as the ruffians getting to have their own ZOC.

People sending me their saved games is like giving me gold.

I really enjoy seeing how other people play and it does more than anything to help us make the game better.  I think you’ll be impressed with the improvements we’ve made to Rivals.

I do plan to backport these changes to base Sorcerer King in the future.