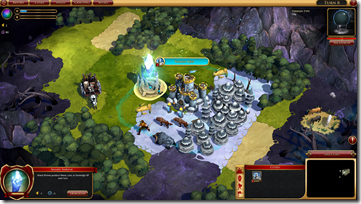 The first significant update to Sorcerer King: Rivals it out.  Most of it had to do with making the neutrals behave more intelligently (attacking enemies, building things better, etc.).  We also update the UI to make the Ascension spell much more accessible to players.

We also had a pretty major improvement to late game performance thanks to a customer who sent me a saved game who was running into this.  The result is that late game should be much much faster.

We don’t have any immediate DLC plans but we do have some free updates in the works for Rivals including a series of new campaigns we are going to start releasing (along with documentation on how we made them so that people can share their own).  They’re really fun to make and based on feedback, people seem to really like the campaigns.