I’m working on Sorcerer King: Rivals v2.1 right now.  Much of my work is actually happening in the Unit editor: 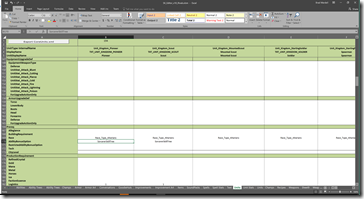 This is just a glorified Excel spreadsheet that lets me change the pre-requisites.

There are 5 sovereigns we are enhancing:

Each of these 5 are going to get their own starting units and their own unique improvements that go along with their theme.

Originally, we envisioned these sovereigns as being part of The Kingdom so naturally, they would have the same units.  While that makes some sense lore-wise, it wasn’t satisfying gameplay wise which is why we’re trying to further differentiate it.

The campaign new campaign is done and in QA.  Hooray!

We’re looking at just under 3 weeks to have this out to all Sorcerer King: Rivals players!