The ship designs we included are wholly original creations based on the lore that's been developed over the past 25 years.

The ship designer itself lets people put together thousands of parts to create whatever they want.

For the serious designer, they start from scratch.  This blank screen with a collection of parts is the starting point. 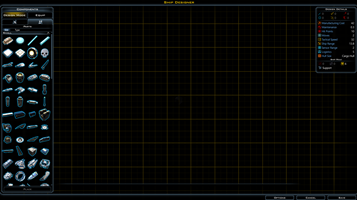 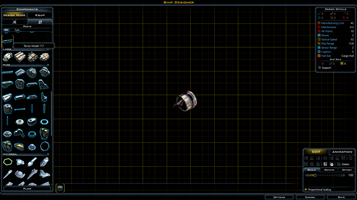 As you add parts, you will see red dots where you connect other parts to it. 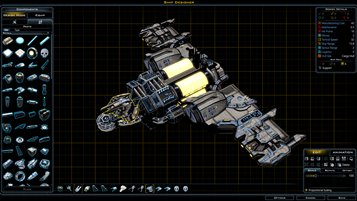 In the hands of a clod like me, I can design something like this in minutes.  The controls in the bottom right let me resize, rotate, animate, etc. 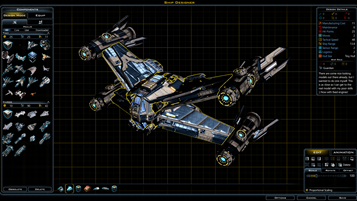 In the hands of someone with some skill, you can get something like this such as this Babylon 5 inspired Starfury like ship.  Because ships are hard surfaces, it's relatively easy for someone to create pretty much any ship.  Organic ships tend to be a lot tougher to make.   But most ships are ultimately a series of wings and cylinders.

What is part of the game?

Obviously, we don't include any of these designs, even inspired ones, with the game.  The point of the ship designer and the fans who share their ship designs is to create their own stories in their heads.

There is a cottage industry of people who compare different ships sizes, write fan fiction regarding their favorite ships. 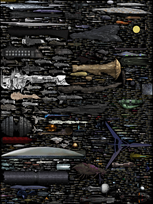 Anyway, the point being, what people create and share with our tools is up to them.  Galactic Civilizations has always been about creating your own sandbox universe to play in.  It asks the question: What happens after we leave Earth? What is next? And leaves the answers up to the player.

If you have any questions, feel free to post in the comments.