Galactic Civilizations games have had ship building in them for almost 20 years.  And ever since, people have used it to create all kinds of amazing designs from robots to their favorite Sci-Fi ships. 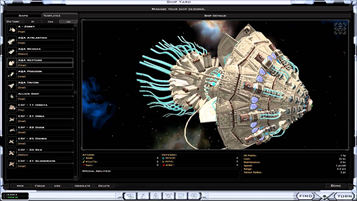 With Galactic Civilizations III, players were able to share their designs with millions of other players via Steam Workshop.  Suddenly, players could download and play with almost any type of ship imaginable.

As much as players loved being able to design and share their ship designs, there was one thing they kept requesting over and over: the ability to assign ship designs to a Civilization and have them use it.  This way, if they wanted to create a race of giant robots, they could.  Or if they wanted to play their favorite sci-fi race (or play against it) they could.

In Galactic Civilizations III: Crusade their wish is fulfilled!

First, video. Paul Boyer and I sat down with the Civ Builder the other day. I wanted to show off the laser space sharks and aquatic race we built. Check out this exclusive video to see what we created. 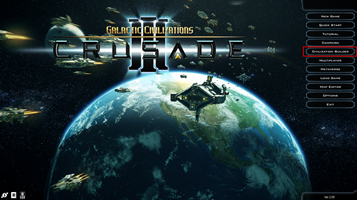 The Civ Builder exists outside the game.

Once inside, the player is greeted with a series of screens that lets them configure a completely new civilization.  With the Steam Workshop, you can download new logos, alien portraits, alien backgrounds, alien images, etc.

Players can put together a completely new alien race using assets shared by other users.

Once you have decided what your alien civilization looks like, you can move on to what their strengths and weaknesses are. 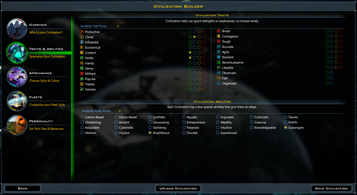 The trait screen lets you assign the civilization various strengths and weaknesses. Many of these abilities give them unique gameplay features.

From there, you can decide what their ships will look like. 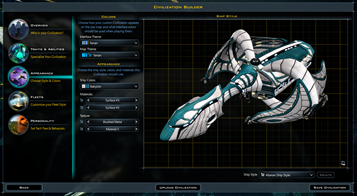 There are dozens of different color combos you can play with, along with a host of different textures and materials.  You can give your ship style a gritty, beat up look or a...well, completely outrageous look.

Once you finish deciding what visual style your ships will have, you can move on to assigning ship designs to each class of ship. 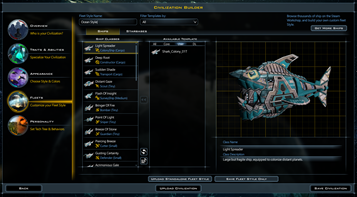 Here you can assign a ship design to all of the auto-generated ships which is what the AI will use as well.

Here, you control every default ship in the game.  In the above example, I have assigned my colony ship to be a giant robot fish because...of course!

But let's say you don't like the choices we provide (and yes, we're going to include giant robot fish).  You can click a button and go onto Steam and browse the tens of thousands of ship designs that have been made by players already. 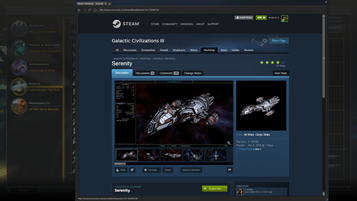 Fans have created virtually every kind of ship you can imagine.

Picking a cool ship design, it is instantly in the game.  The GalCiv ship designer is essentially a giant set of blocks that you can use to create anything. For the past two years, players have been busy making lots of ships. 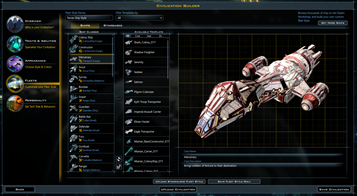 Downloaded ship design is mixed with the color and materials chosen earlier.

This is then repeated for each of the ship categories in the game.

Next up, players will want to give their civilization some personality. 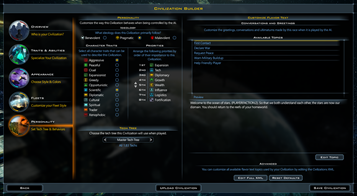 On the Personality screen, players can decide how the AI will use this player.  They can also set up what the AI will say in various common scenarios.  If that's not enough, the player can directly access that civilization's XML file to go crazy with how they will react in different situations.

Once you are done, you can save your Civilization and even upload it to Steam (if you use other people's designs, we ask that you get their permission).  Once uploaded to Steam, other players can download the entire civilization, ships and all, in a single click and play as that civilization or play against them. 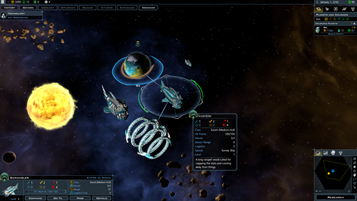 My Fish Civilization in game. They're hungry!

Galactic Civilizations III: Crusade will be released in Spring of 2017 on Steam and GOG.   You can follow it on Steam by going to its Steam page.

Let us know what you think in the comments below!