When Crusade first game out, people asked for even bigger maps.  So the first update (due this week) has them.

Now, I don't recommend this map size.  I don't personally play it at this map size (or insane before it).  But many people really love these crazy large maps.

So here's a game of AI vs. AI I'm using for testing.

Be warned: It uses 15 GIGABYTES of memory and is pushing my 10-core PC pretty hard.  At this size, turn times are not going to be fast.  In the map I'm playing, there are 64 players.  If you figure that each player is able to move in just 1 second, that's still a minute per turn and 1 second would be really fast given the size.

With those caveats, let's take a look.. 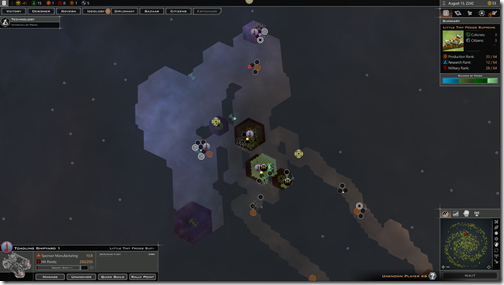 Despite being zoomed way out, the entire known universe is only a few pixels on the mini map.

Will be updating this...

Had to restart to increase the object count. 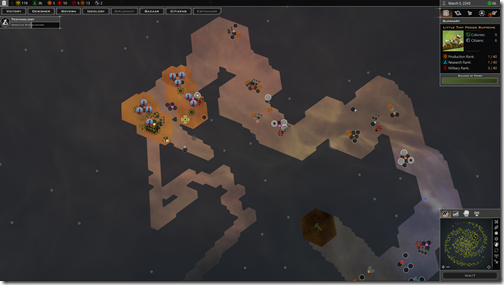 The known universe is tiny. TINY!

I also changed the number of  one faster than i would have liked. 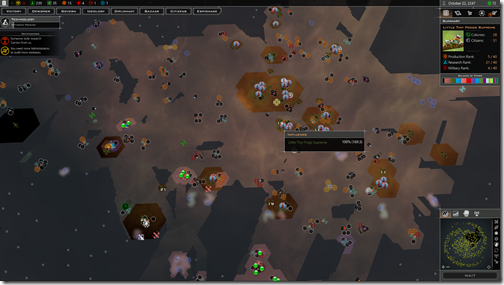 My little corner of the galaxy is a happening place!

Also, note, there are now hundreds of thousands of entities in the game so if you don't have at least 16GB of system memory, you really shouldn't try this size map.

I've only met a handful of the races out there. 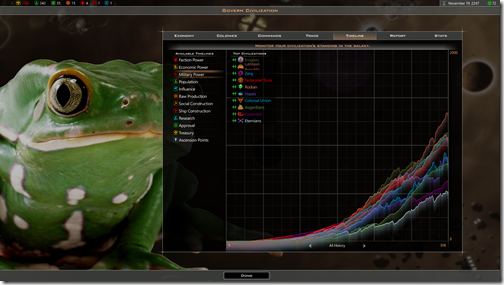 Anyway, the point is, this is a map size I don't recommend playing really, it's for the ultimate die-hard.