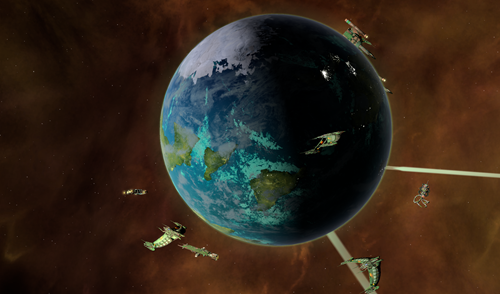 From time to time I like to do a full AI evaluation to see where a given game is.  The reason I started programming in the first place was to write AI.  25 years later, we have Crusade.

So how does it stack up?

I've scored the other AIs Stardock (or I) have developed over the years and I suspect my literal score changes slightly due to faulty memory.  But here is where I see the various GalCiv games.

BTW, while the score is 1 through 10, it is not a linear quality bar but rather more exponential in nature.  That is, a 6 is a lot better than a 5 and so on.  A 5 would be what I'd consider "game industry acceptable for the genre".

So here we go:

I may have some bias against GalCiv III's AI since I didn't write it.  I consulted on it.  I did work on the GalCiv III 2.0 AI which is where I started to learn the architecture.  With Crusade, I implemented a multi-core AI (AI jobs get spun out to the least busy core which is why turn times are fast...and why you get stuck turns). 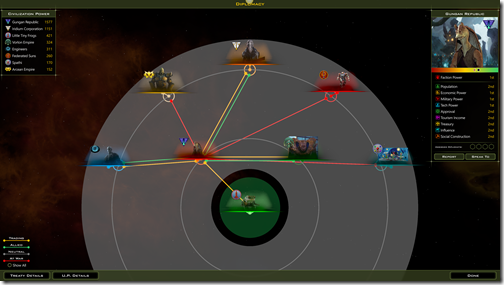 So Jar Jar is allied with the Engineers, the Vorlons and the Irridium Corporation but at war with the Arceans, Federated Suns, and the Spathi.  So there's a big galactic civil war going on here that my race, controlled by AI, has stayed out of. 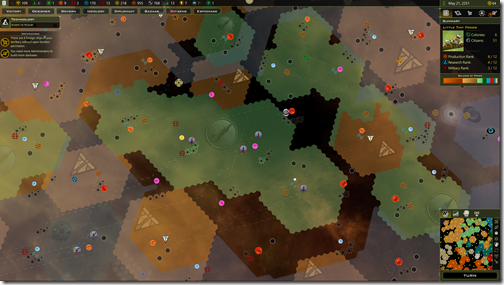 Many of the good asteroids are not being mined.  However, he only has 109 billion credits (bc) to work with so there may be a reason. 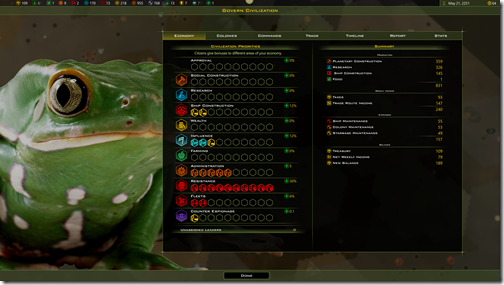 I'm playing as  a Xenophobe, Colonizer which, in my build, means a 100% boost to research and social construction and a 50% drop to ship construction and 1 admin point per colony.  Here, he's moved his leaders in a way that seems reasonable and is making 79 bc per week. Definitely did a nice job laying out the planet.  I don't know if I would have built the preparedness center and probably wouldn't have built the market center. 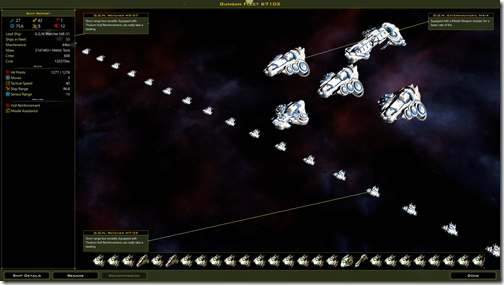 Gungan fleet is no joke.

So overall, it's looking pretty good.  But...it can get better. A lot better.  And over the next two years, in free updates, it will continue to get better.