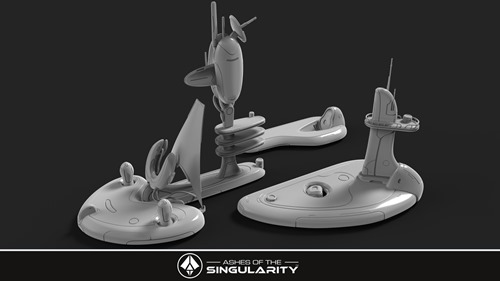 Managing Designer, Callum McCole of the Generals Gentlemen, is here in Plymouth all the way from Perth Australia where we're working out the roadmap for Ashes of the Singularity.

Version 2.3 just arrived which includes Juggernauts and Episode 3 (yes, all for free).  It's an exciting time so let's talk about what's happening...

As I write this, the recent Steam review score is 96%! Thank you! We love you too!  The overall, however, is 78 which is 2 points below the threshold to be featured in the upcoming Steam summer sale.  If you haven't reviewed Escalation yet, we'd appreciate it if you would: http://store.steampowered.com/app/507490/Ashes_of_the_Singularity_Escalation/  It would take only a tiny percentage of our active player base to review the game (assuming positive reviews) to get the game to 80 which in turn would get it featured which would bring in new players.

(Update: We have since hit "Very Positive" on Steam. Thank you so much everyone!)

Episode 4 will bring forward two more Juggernauts and 2 more Dreadnoughts.  We don't have an ETA on that as that is obviously tied to budget.  Like Episode 3, we plan to release Episode 4 for free.

So we've decided to split things up a bit.  The campaigns will tell you the Post-Singularity story.  Ascendancy Wars will begin the infinite single player challenge. 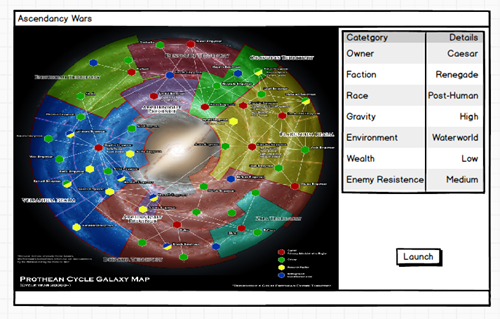 Ashes of the Singularity: Ascendancy will work something like this:

You create a character, choose a faction (and you will find out how many other players have chosen a given faction -- note that a race is NOT a faction).  You will then be shown a map of the Orion sector (that's where we humans live btw) and battle it out.  Different planets will give you differing amounts of points (which is tied to victory).  As you go up in points, you will gain access to new equipment and units which will let you tackle more powerful planets.

Planets will have a procedurally generated scenario (i.e., this isn't some endless series of skirmishes).  Now, this is a single player thing so you're not directly playing other people online but rather your faction is collectively competing against other factions which are trying to take over the Orion sector.

How much will Ashes of the Singularity: Ascendancy cost? $0.

Why are we doing this? Because we are convinced that as we keep making the base game better, we will increase the player base and it will be through sales of the game itself that we will be able fund this development.

Lots of important progress has been made on this front.  We have modders working on tracked units, spider units and more.

The goal will be that you'll be able to just press a button and submit your unit via Steamworks and others will be able to download it and play with it (in SP anyway and custom MP where modded units are allowed -- host option).

This Summer, we expect to release the Scenario editor and a way to upload (and download) player made scenarios.   The Map editor continues to be a bit of a sore point for all of us.  It takes a lot of memory to make these maps and the editor is not graceful and we haven't had any free engineers to give it love.

We have been working on the underlying engine for some months.  None of this has made it into the game yet but we hope to start rolling this out soon.  This will result in fairly dramatic visual improvements (and stability).  Our most important goal is stability right now but along the way, we make improvements to the visual fidelity.

There will be a bit of a lull in July as many of us go on vacation.  But don't worry, Callum won't be on vacation, it's Winter in Australia!