Over on the GalCiv III Steam page, I asked players to post their saved games so I could check them out.  And what I've been finding has been amazing and horrifying simultaneously. 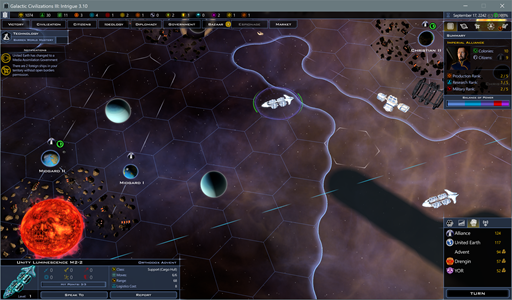 Players are able to do things that I wouldn't have thought of.  This is why saved games are so valuable.  Many times I get feedback from players who say "The AI needs to do X" and my answer is, "well of course, it already does that!" But there is some other thing that it has decided needs to be done instead and the trick is to find out why.  That's where save games come in. 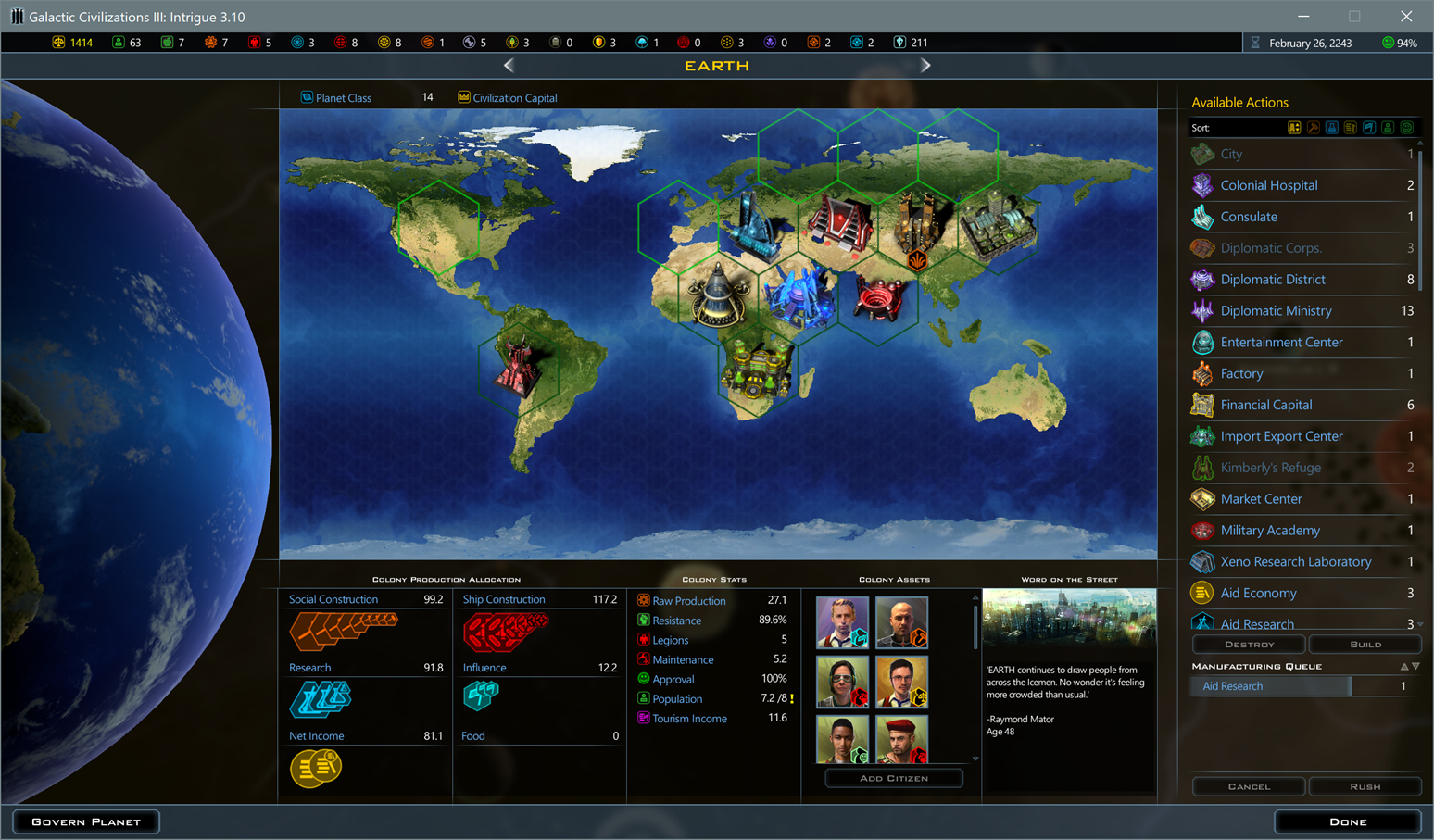 IceMania sent me a genius game where he's kicking the AI's butt.

Looking at the stats, the things I'm noticing is how aggressive (and how powerful) the relics are.  Not over-powered just  that he was good at getting them.

The biggest difference I see is the # of citizens.  Human players tends to be much more aggressive at acquiring citizens than the AI. In this game, the player has acquired 13 citizens by turn 61.

Here is an AI player on the same turn: 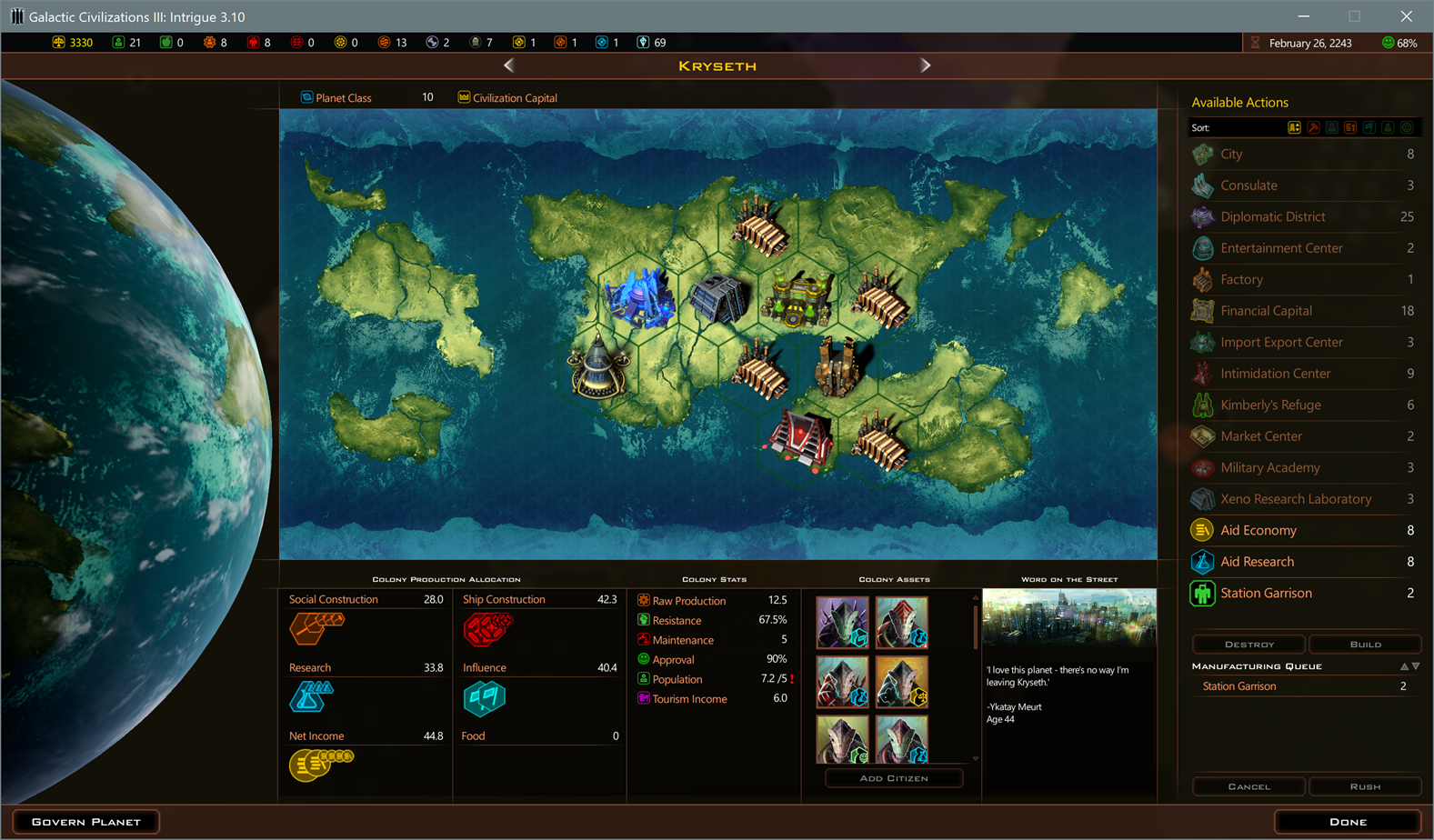 Look at that production difference.

Another big area I'm seeing is that top players are extremely good at expanding.  Seeing players with over 10 colonies in 60 turns makes me a bit sad because it means that we still haven't done enough to reward playing tall.

I'll be updating this entry as I go through more saves...