For this After Action Report I'm going to be playing Galactic Civilizations v3.9 with only the Heroes of Star Control civilizations.

I'll be pointing out notable and interesting things as I go along.

I'm going to play as the galaxy's classiest cannibals, the Phamyst. 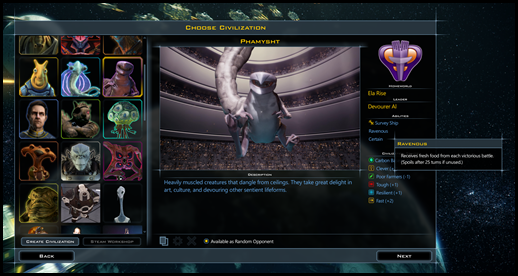 The Phamyst have the Ravenous ability which results in them receiving food after every battle which can be used to build cities.  However, this food spoils after 25 turns so use it or lose it. 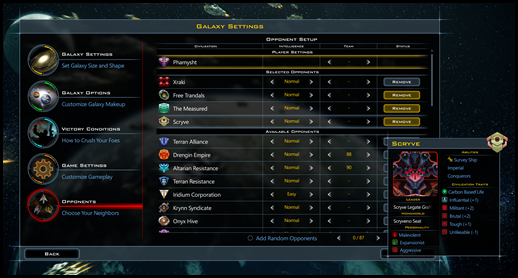 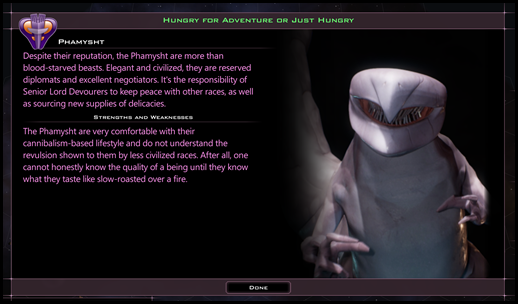 The new civilizations in Villains of Star Control come from Star Control: Origins, sharp-eyed players will notice that the art style has been slightly altered to conform with the Galactic Civilizations style of a bit more realistic.

The villains of Star Control are, as you might expect, pretty malevolent.  I normally play Galactic Civilizations as a neutral or neutral-good against a mix of civilizations.  This is one of those rare times where it's going to be a bunch of evil civilizations thrown in together. 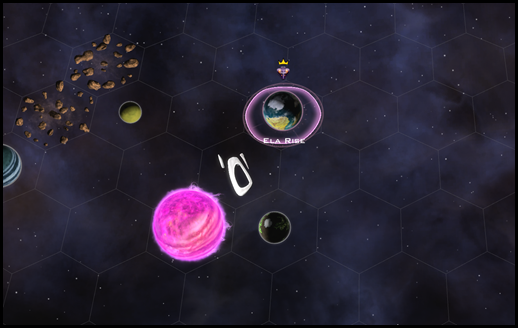 Each civilization has a very unique ship style.  The Phamyst have a very minimalistic aesthetic. 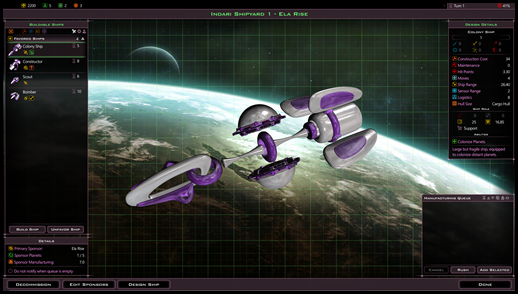 A feature definitely not talked about enough is the fact that each of the four new civilizations provides a ton of new ship parts.  And as you can see, we didn't scrimp on them. 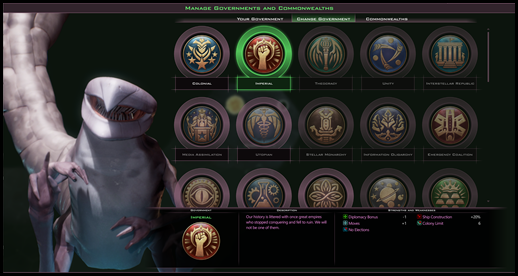 I'm going to play the Phamyst a bit darker than I normally play.

Below you can see the unique aesthetic in action. 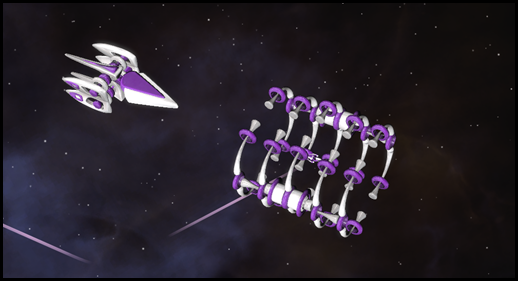 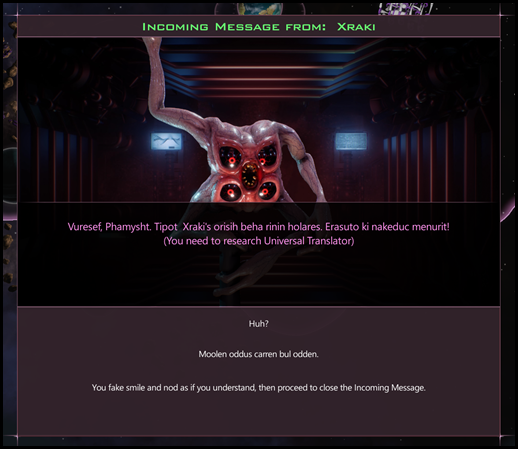 First meeting with the Xraki.  If you click and zoom in, you can see the subtle art style difference between Star Control and GalCiv in action (if you look at how the Xraki are depicted in Star Control).  I.e. we didn't just port them directly from Star Control, we updated their look to match GalCiv's. Look at the veins!

This is probably even more obvious with the Scryve: 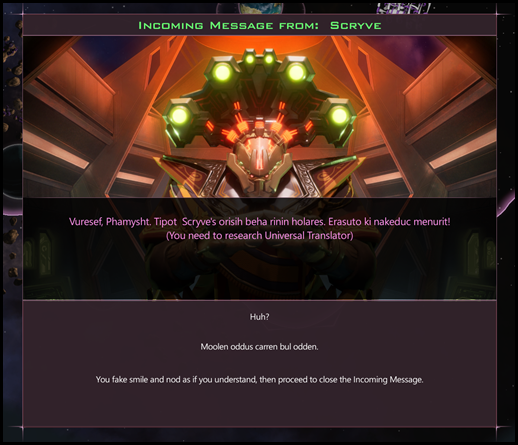 I probably should get universal translator. 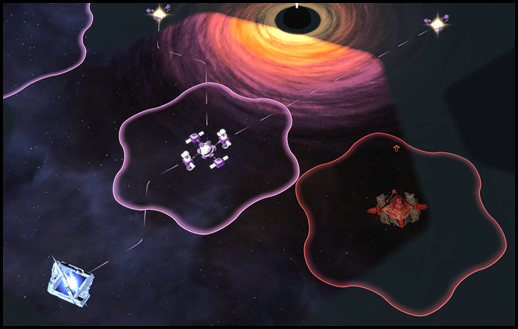 Starbases (mine and the Scryve's). 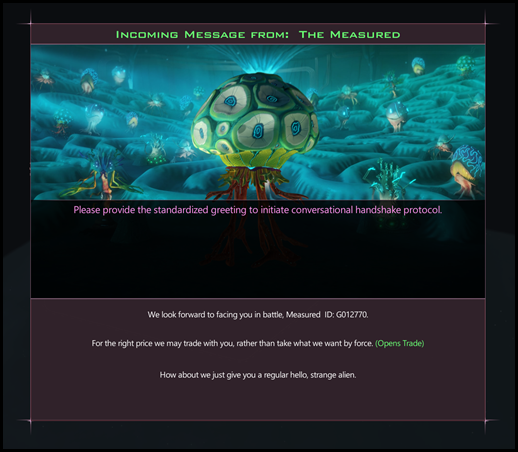 What you can't hear (obviously) is that each civilization has their own music track and their dialog was written by the Star Control team. 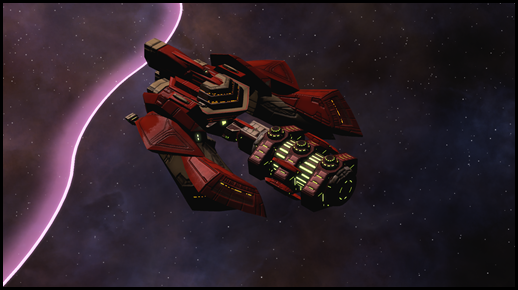 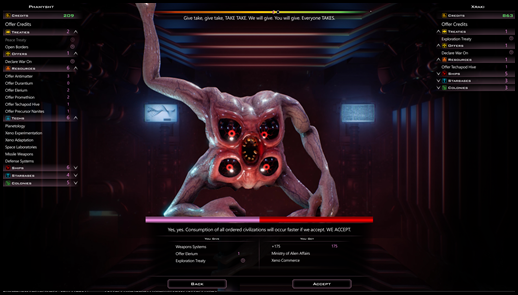 The War of the Scryve 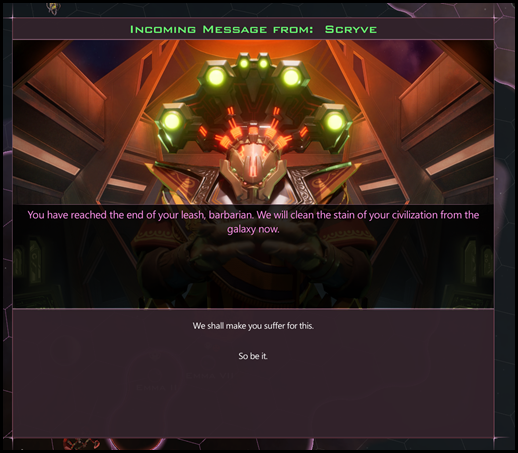 It was inevitable I suppose.

The Scryve and the Phamyst were neighbors and both are pretty evil. 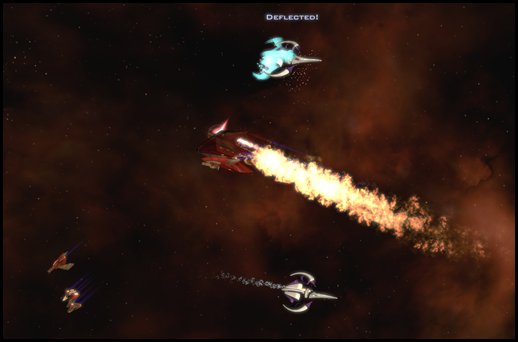 The Scryve have better ships but my ships are designed specifically to counter the Scryve's favored weapon type (energy beam weapons).  So it's not quite the walk over they thought.

One of the changes we've made in recent updates is to make defenses a lot more effective.  Not only are defensive values higher but they don't get reduced nearly as quickly during battle.  So defenses are a good thing to have on a ship.

Just in time for me to have researched Orbital Manufacturing which allows for the construction of much larger hulls. The Measured have joined the Scryve! 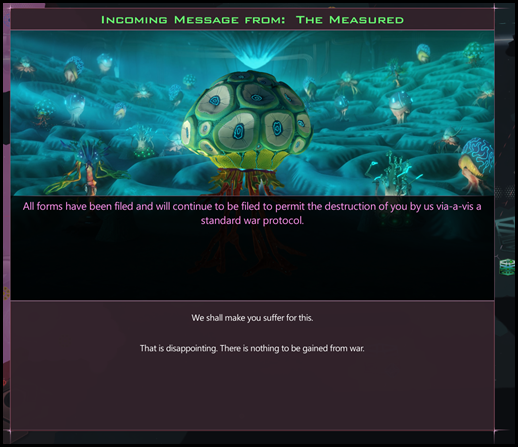 Unable to take on both empires at once, we are forced to grovel for an armistice with the Scryve. Meanwhile, we had just finished the design of a new battle cruiser, the Ravager! 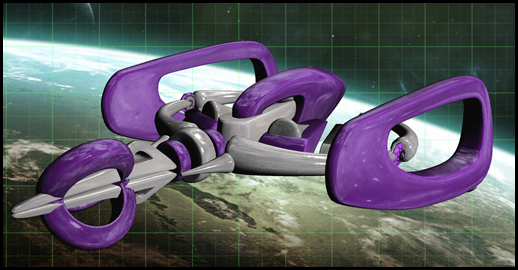 The Measured have conquered most of my planets but we are slowly making our way back thanks to the Patriot.  The Measured ships are very business like (see screenshot below). The Scryve and Xraki ultimately declare war on me as well. 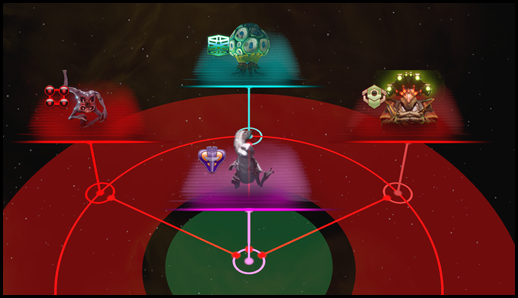 I learned something today.

Evil civilizations put into a shark tank is rough.

And so the Phamyst go down in flames.