We’ve had some great discussions on Hard drive speeds over the years.

One of my favorites was the one about whether SSDs was worth it.

I’ve also been benchmarking my PC’s for a very, very long time:

Here is a brief recap:

Most of the CPU speed improvements comes from adding more CPU cores.  My 2019 machine has 18 cores, 32 logical threads.  My 2008 box was the last machine with only a single core in it.  That isn’t to say that the CPU experience isn’t much better these days.  I’m just saying that unless your app is using all those cores, you could argue that you could divide these scores by the number of cores to get a better approximation of what a single threaded app would perform like.

Anyway, here are the results from my box today: 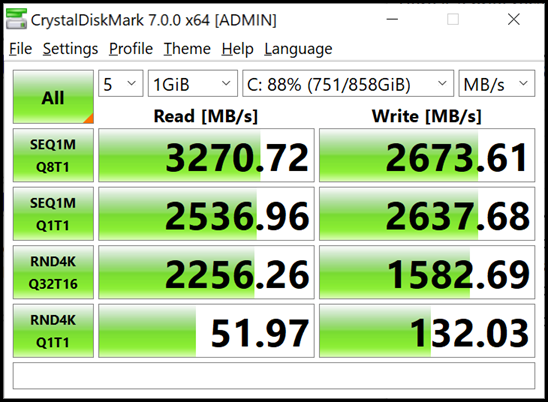 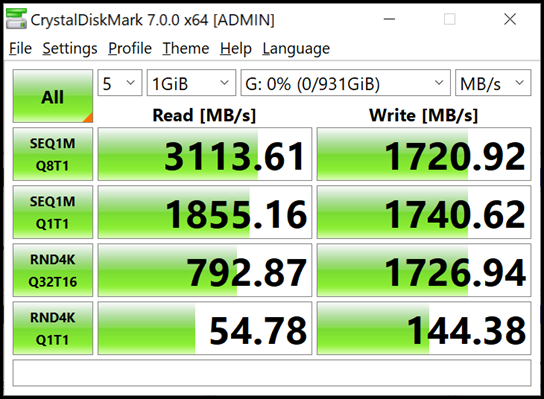 As a practical matter, they’re both incredibly fast.

In real world practice, an NVME (like these) will have roughly the same load times as a SATA SSD despite scoring a lot lower on the benchmarks.

Feel free to use this thread to post your Hard drive specs and scores to share with others.