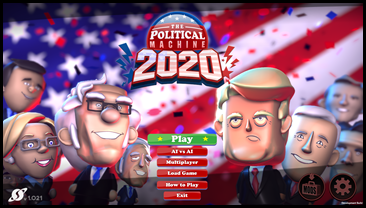 The next update to The Political Machine will be including mod support to Steam Workshop. 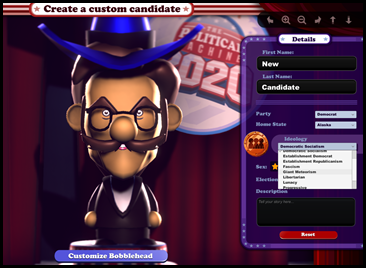 Specifically, we are going to let people make their own ideologies and share them with others.  We include quite a few in the game.    We will be uploading a few ideology mods to get things started and to help others learn how to make them.

What is an ideology?

An ideology is a set of issues your candidate wants to run on.   Unlike normal campaign issues, ideology issues, when run on, increase the importance of those issues nationally.  This results in making different candidates play quite differently. 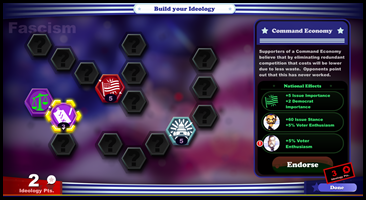 Players can either have their ideology work with existing issues or create their own from scratch (which is a new feature in v1.1).

We are also adding an election night speed so players can savor (or zip through) the results: 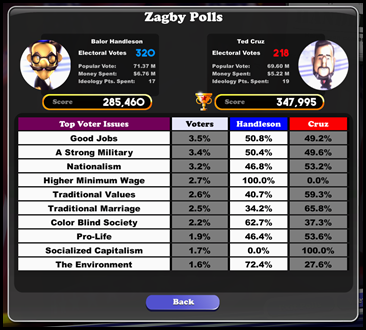 We also are implementing a scoring system.  In this test, we made a case where the ideology had a slight penalty because it was easier to play with (in the release, fascism will not be considered easier, we just wanted to test it).

This feature is important because it unlocks the door to having “easier to win” candidates added to the game without it debalancing everything.

This new version should be available next week.

Read the other journals here.