So I keep my Mac and PC next to each other. 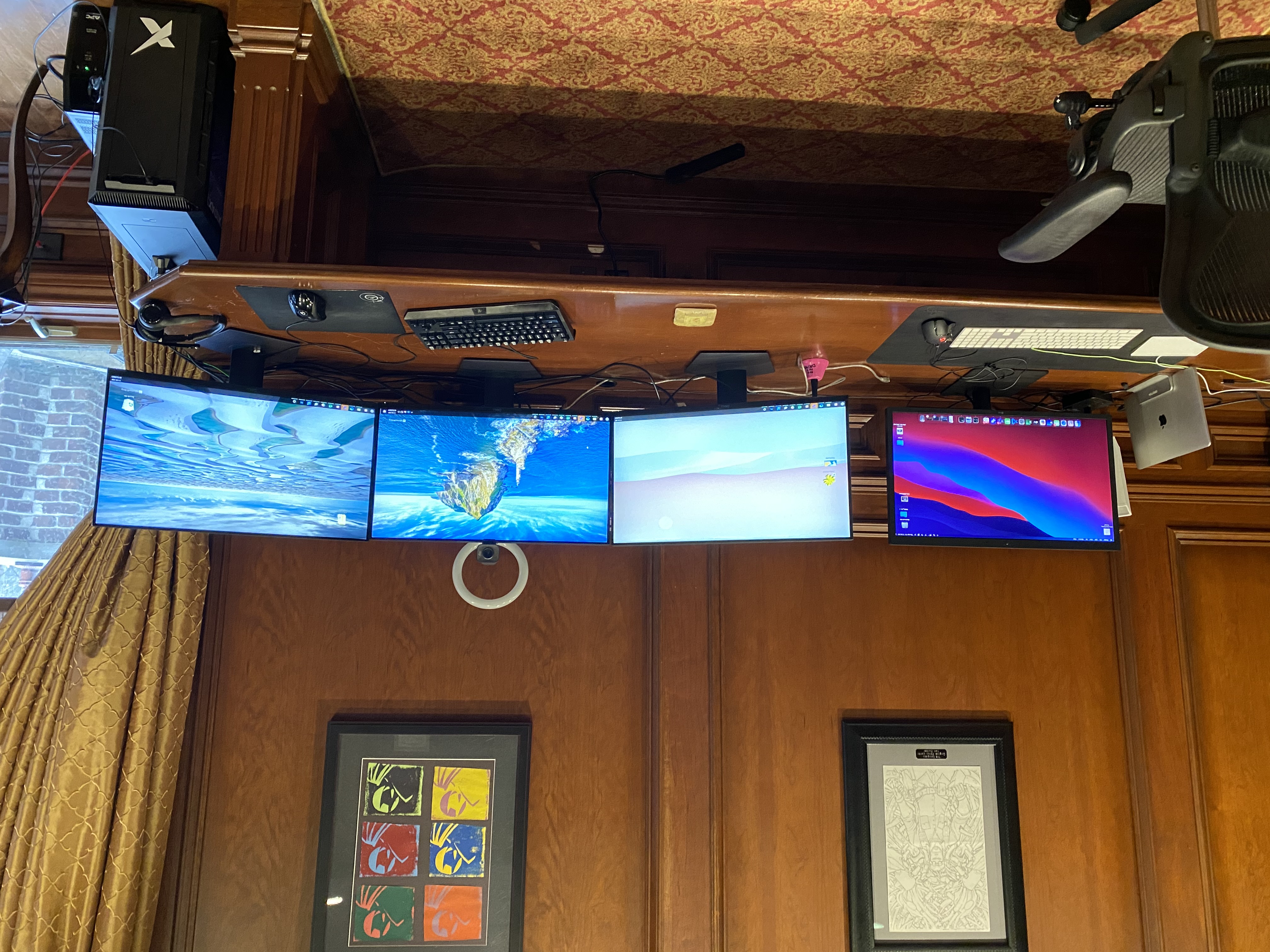 Broadly speaking, even taking multiple monitors out of the picture, I find the PC more productive.  This is primarily a difference in how Windows and Mac work.  This wasn't always the case but over time, Microsoft has added a lot of nice little short-cuts and tweaks that just don't seem to exist on the Mac.

Even little things in the Mac seem needlessly complicated. For instance, on Windows 10, I can hit Windows Key - Shift S to take a screenshot.  On the Mac is's Shift, Command 4.   This minor difference forces me to look up and in fact a lot of programs seem to not take power typers into account (hot key placement awkwardness).

Here are a few other observations.

Resizing windows on the Mac is often frustratingly difficult compared to Windows.

I find Mac a much more productive laptop environment to use because of the 4 finger full screen slide.

I really like the window snapping feature on Windows.

File management in Explorer is a lot easier, faster than on Finder.  On the Mac, you really need to download a third party file manager if you're doing serious file management.

Installation on the Mac is much better.

UX on Mac is much nicer. Windows is full of annoying flickering and jankiness.

The Windows 10 system management stuff is much better now than the Mac System Preferences which seem to be from a bygone era.

I have to use a utility on the Mac to not have the mouse wheel work backwards from expected when I have a separate trackpad that I am expecting to work as it would normally.

Broadly speaking, the Mac is more pleasant to use and Windows is more productive to use.

Just some random thoughts.  Do you use a Mac and Windows daily? If so, what are your observations?