DeskScapes is a program designed to make it easy to have really cool Windows desktop backgrounds.  It doesn’t just manage wallpapers - it integrates native animated wallpaper support into Windows.

Version 11 includes a bunch of cool new things that make it pretty compelling for every PC user.  Here is a quick tour of some of those features.

Once installed, you access DeskScapes by right-clicking on your desktop. 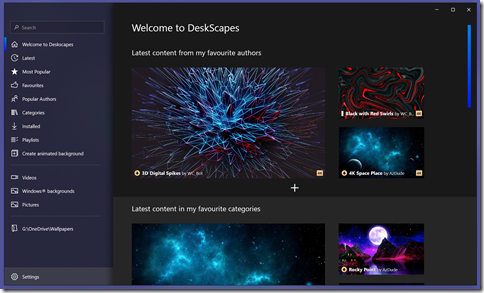 The interface is designed to make it easy for you to access wallpapers that are already on your computer, as well as ones in the cloud.  DeskScapes 11 seamlessly integrates into the cloud, giving users access to hundreds of thousands of desktop backgrounds, both traditional and animated.

I am generally a minimalist.  That’s why I use Fences to keep my desktop as clean as possible.  In my case, I stare at a lot of different monitors but even on a laptop, I like to occasionally switch my background.  The problem is that I can never remember where I put cool backgrounds I found.  That’s where the cloud helps.

I’d be the first to agree that this should be part of Windows.  But it’s not, so here we are. 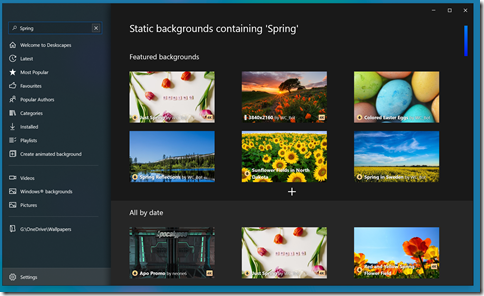 I can type a word in and it goes out and finds desktop backgrounds I want.  I can pick between normal (static) or animated ones.

But more commonly, I’ll see what the current most popular ones are. 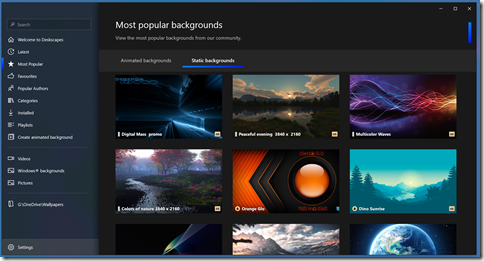 A bunch of really clever backgrounds are already installed with DeskScapes 11.  Not just pretty pictures, but backgrounds that you could imagine being their own apps.  Let’s take a look:

Colored lights is one of my favorites.  It just changes throughout the day.  It’s like having a mood ring as a a background. 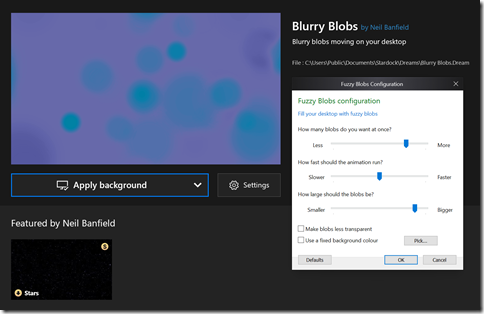 Blurry blobs is another background that you could imagine being its own app.  It is kind of like having a lava lamp.  It’s super subtle and interesting.

Desktop Earth is one I always run on one of my machines.  Except I don’t have the earth rotating.  Here’s why: 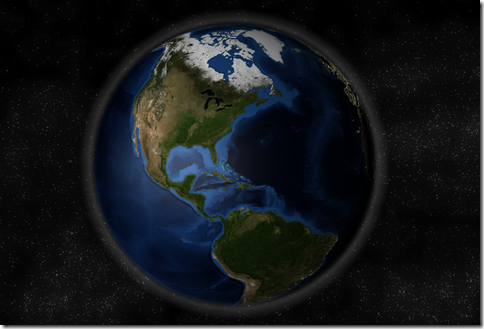 It slowly changes over the course of the day.  Based on your Windows settings, it shows where you are in the world and you can slowly see when nighttime comes.

Desktop Collage is one of my favorites.  Basically, it just places pictures from target folders onto the background.  Here at work I have pictures of my daughter from ages 0 to 14 that are placed on my desktop.

Moving wallpaper is pretty neat.  That said, I have it move very, very slowly. I don’t want to be distracted.  So it takes images and such and gradually rotates through them in a kind of Ken Burns type effect.

Photo Dream is similar to moving wallpaper, but it treats the backgrounds at 3D images.  I usually have this one running on on my my monitors, as it’s one of my favorites. 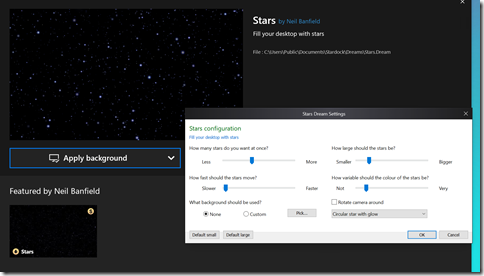 Stars is one I often run. I typically have the stars running very, very slowly. Like, you can barely tell they’re moving.  These work via DirectX, so unlike, say, a video of stars running, these basically use no resources.  At night I will run these on all my monitors at times. 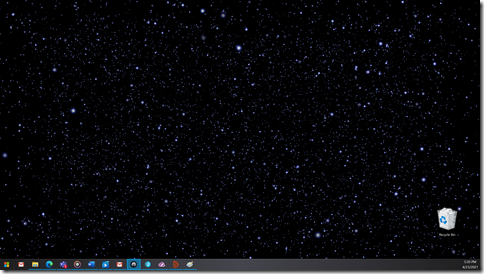 Depending on the day and the time of year and other considerations, I will run a given playlist. 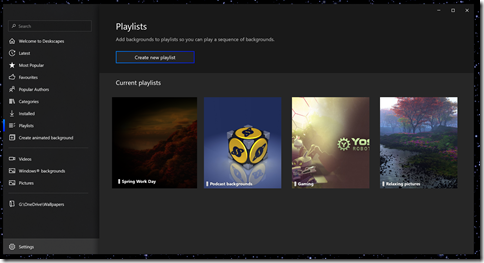 Playlists are super easy to make and once you make one, it’s basically the same as it is with music.

So you’ve got a normal desktop background.  As I write this, it’s Spring.  So I have applied a normal background.

But look at the buttons in the upper left.  The first one down lets you customize the background. 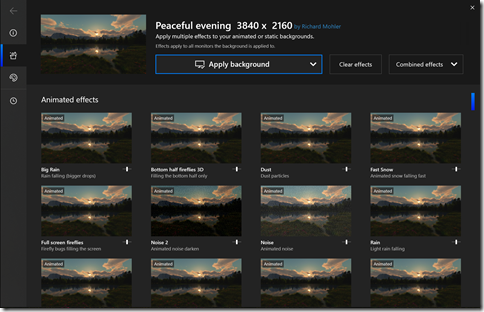 There are a lot choices to apply, which would require an entire article just to go over them.  The one I find myself using the most is “porthole".  It makes the edges of a background dark. 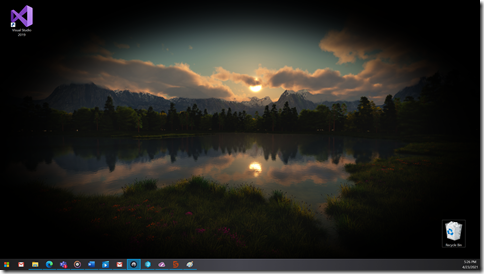 Should this be part of Windows? Probably.  But it’s not.  This feature makes almost any desktop background useful.  But there are lots of other ones too that are very interesting and helpful.

Windows has a few fit options for backgrounds.  But not nearly enough.  If you’re someone who runs a monitor with an unusual aspect ratio (or have a rotating monitor), you already know how limited the options are.

DeskScapes has a lot of options. 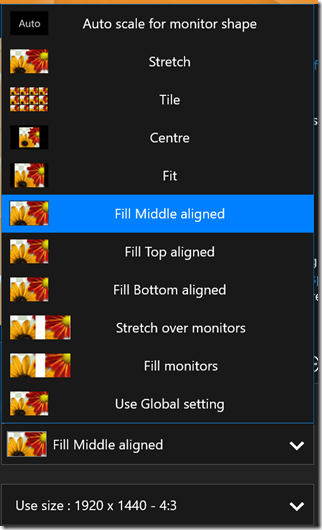 And this is super useful if you get a background that doesn’t support your desktop’s resolution, but still looks cool.

Apple, Microsoft and others make some great default wallpapers.  Unfortunately, they tend to be a particular color, which is fine - until it’s not. 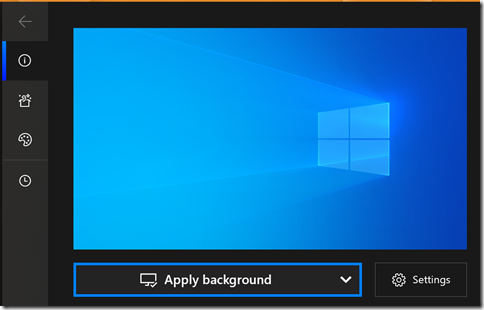 These are great wallpapers, to be sure. But I tend to like my backgrounds a little less saturated. 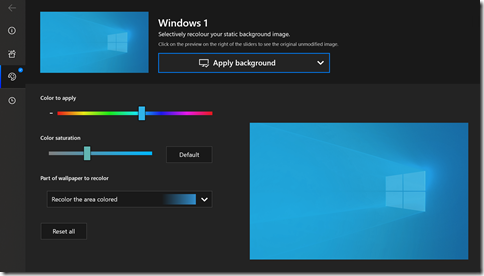 You could also make it a totally different color. 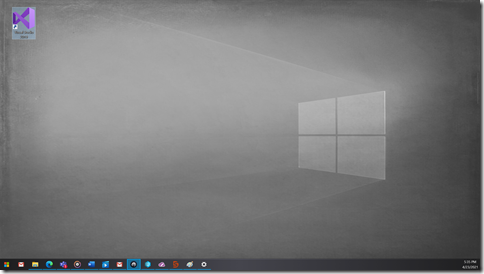 You can also mix it with the customizations to get something totally different.

Now, personally, I lack the artistic skills to make something cool.  But I’ve used Adobe After Effects enough to know I can take create something from something else that’s cool. 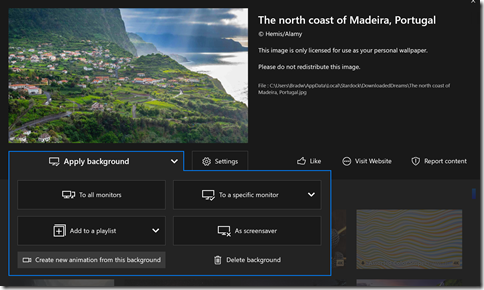 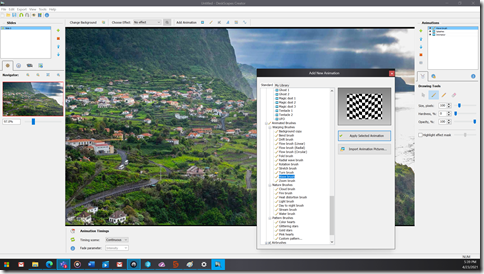 If you’ve ever used an art program of any kind, you already know how to use DreamMaker Pro.

When you’re done, just Export it as a DeskScapes file and voila.

I tend to use this for games I play a lot and have those as my backgrounds.

So where can you get DeskScapes? Right here: Animated Wallpapers for Windows : Stardock's Deskscapes