With the benefit of hindsight…

Every 4X game I’ve played struggles with the late game.  This is because they tend to become a micromanagement slog where the outcome of the game was known long before.  So how do you address this?  Well, the wrong way to do it is with AI governors or other such “help” from the AI.

GalCiv IV flips the concept of governors on its head. 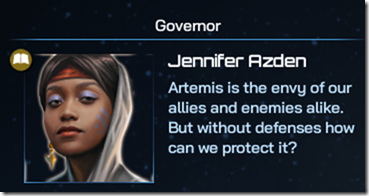 In previous GalCiv games, you had to manage every single planet you colonized. This is all fun…at first. But by the time you have your 33rd planet, it starts to be a lot of work.

In GalCiv IV you don’t manage worlds by default. They are simply little resource pips for their core world.

Let’s say we colonize a moon of Saturn someday.  Are we seriously going to treat that colony the same as we treat Earth in terms of focus?  Of course not. The same is true in GalCiv IV. When you first colonize a world, it’s just a colony. 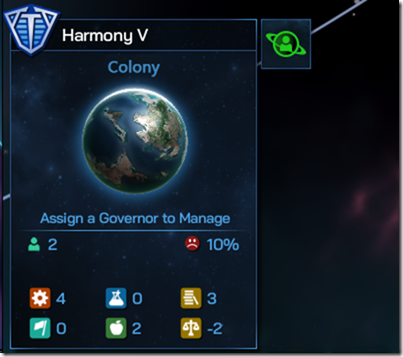 So when a planet is first colonized, it’s just a colony, and it sends back 6 raw resources to its core world:

We’ll get into these other resources later. The point being is that core worlds take these resources and do stuff with them. It’s the ultimate min/maxer’s dream.

But before you get excited about having your one super mega world having 130 colonies feeding it, this is where those pesky characters come in. 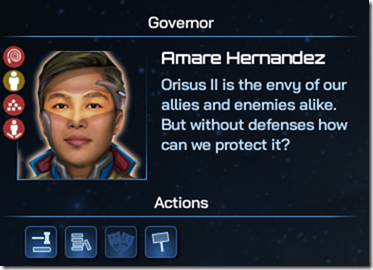 As mentioned before, your core worlds are the ones you’ve assigned a leader to govern. You, the player, manage these worlds with the governor providing the world with perks based on their stats.  But technically, it’s the governor who is running the world even if you’re the one calling the shots. The governor’s stats determine what perks get applied to that world, but that character also has a loyalty stat.

I don’t need you

The more worlds under the control of a governor, the more a governor’s loyalty is tested.  After all, if your governor controls all your planets, it’s really his empire - not yours. Why should he keep taking orders from you? Why not just become an independent empire and take those colonies with him?

Thoughts of rebellion can come both from within and without.  It’s one of the ways the player can really screw with other civilizations as well by throwing money and resources at the governors of foreign civilizations to get them to rebel or even join you instead.  Of course, the same thing can be done to you as well.

So on the one hand, you will have some high quality planets that you want to be able to build improvements on, which means assigning one of your precious governors to it. And on the other hand, you’ll have dozens of low quality planets that you’ll want to have feeding those core worlds.  Finding the right balance of when to make a planet a core world and when to leave it as a colony is a big part of the challenge in GalCiv IV.

Giving up a leader to turn a colony into a core world is a sacrifice, but the reward is being able to really magnify the production of that core world with resources coming in from its associated colonies.  Just don’t overdo it, or you’ll find your civilization filled with rebellion and crime.