Somewhere around here I have the original image of the Yor from 1992.  They don’t resemble the modern Yor very much.  When I wrote the Yor origin story back in 1987 (when I was in high school) the Yor followed the common trope of AI servants who rose up against their masters.  Their masters, in this case, were a race of beings known as the Iconians (who are also in the game). 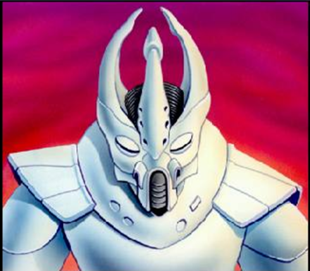 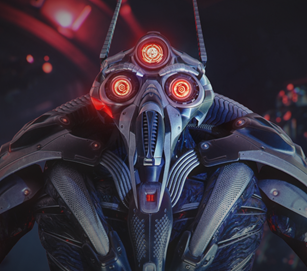 As time has gone by, I’ve thought about making the Yor be less Cylon like and more like a post-singularity hive mind.  The argument could be made that humans just 50 years ago might end up “Post-Humans” ala Ashes of the Singularity.

The reason I bring this up is that GalCiv IV has the concept of “achievements”.  These are essentially quests that when completed, allow the player to gain prestige which is one of the victory conditions.   According to the data we get, the Yor are the #2 (after humans) civilization that people play as.  And so in this thread we’d like to hear some things you’d like to see with the Yor (what sorts of quests would you like to see?).