It’s hard to narrow down what screenshots help show off Galactic Civilizations IV the best.  Below I’m going to post some of my favorites, but we’d love to read your opinions and what screenshots you might think better represent the game to strategy gamers. 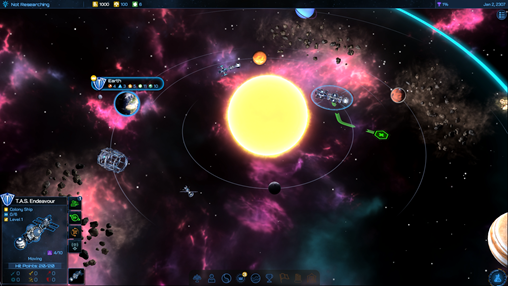 This will come as no surprise to those of you who have been playing the series, but it has always mattered a lot to me that Earth is in the game. Because of that, it makes it really easy to compare how far the series has come over the years. 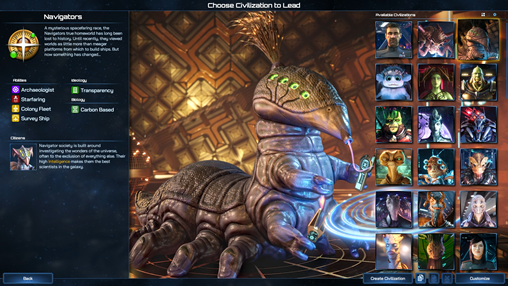 One of my favorite features of the Galactic Civilizations series is that the other civilizations aren’t generic.  Each has their own story and unique capabilities. I am also glad you can create and share your own custom made civilizations as well. 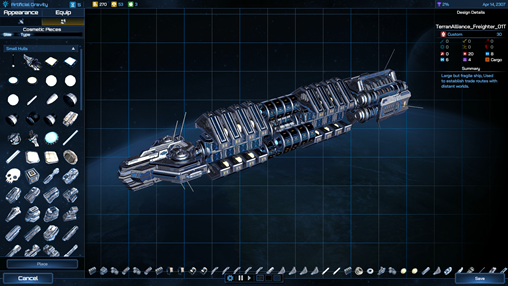 Designing your own ships in Galactic Civilizations has become one of the features that people now strongly associate with the series.  It’s going to be really interesting to see what cool types of ships people make. 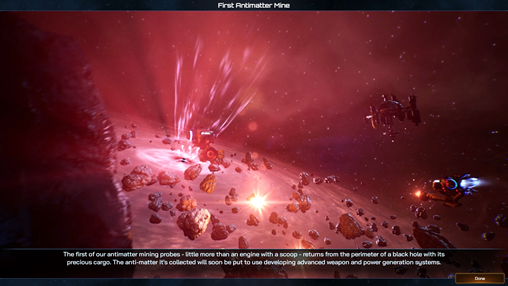 Even decades ago, it was important to us that the first time a player does something they're met with a video cut scene.  This is because we wanted players to see - with detail - what it actually means to live in this universe. 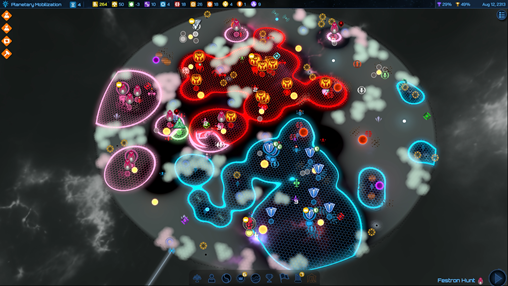 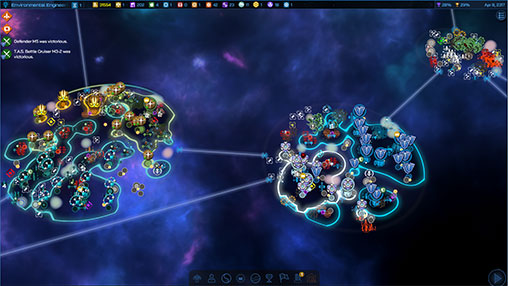 Galactic Civilizations IV aims to combine the best of both by having free moving maps that are also connected to other sectors.  This creates another dimension of strategic depth and a second phase of exploration, which is typically a major part of this genre. 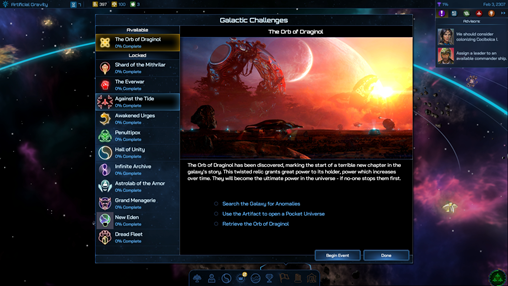 Possibly the most innovative feature of Galactic Civilizations IV are the Galactic Challenges.  Typically in 4X strategy games, the player knows they’re going to win long before they actually win.  GalCiv IV introduces the Prestige victory condition, which gives points for leading in various areas.  It’s typically very hard to win purely on prestige without completing the Galactic Challenges, which are special events (think mini campaigns) the player can engage in that reward them with a bunch of prestige points. 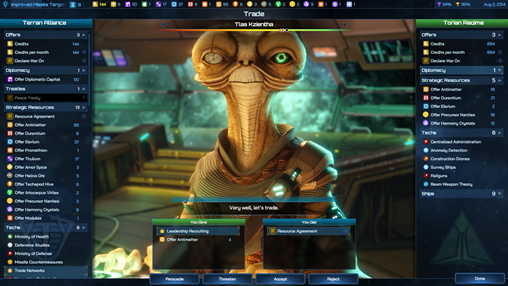 Trading in Galactic Civilizations games is nothing new.  While the trading screen looks better, the real work was under the covers where players, especially 4X players, will notice how intelligent many of the AI trades are. 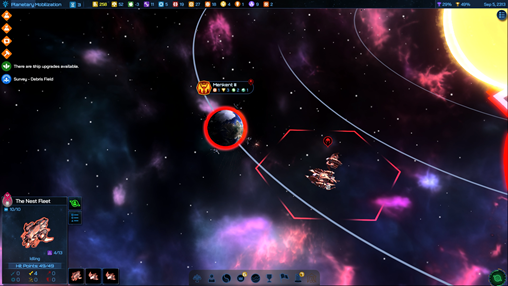 By splitting planets between core worlds (the planets the player can directly manage) and colonies (worlds that are purely automated). we not only dramatically reduce micro-management - especially late game - but also give players who are really detail-oriented a mechanism to min/max to their heart’s content.  Moreover, having colonies means we can have invasions take place almost immediately as any armed ship can, depending on the resistance, conquer a colony as seen in this screenshot. 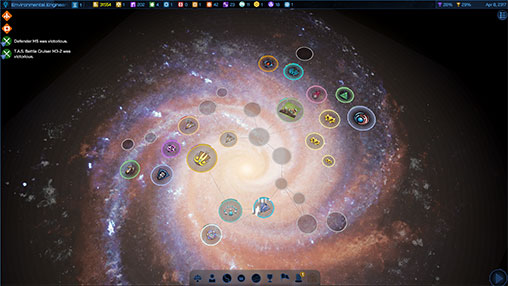 The new siege mechanic has dramatically changed the strategy of moving ships around between all of your planets into using sentry and picket lines instead. Intercepting enemy fleets near the border is far more effective than engaging in a game of 'whack-a-mole' by trying to defend each planet individually. 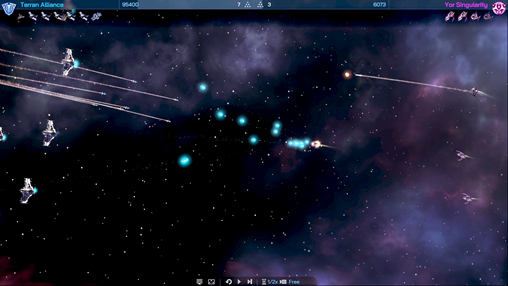 The combat viewer was a late edition, but one that proved very important in balancing the weapons and general combat system of the game. This is an area of the game we intend to actually do more on after release as we see what additional ideas players might have. 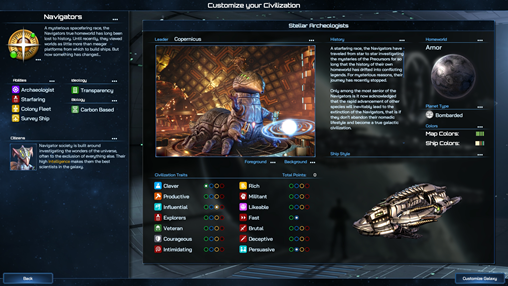 One of my favorite features of Galactic Civilizations IV is that there is a simple "customize your civilization" screen.  In our previous games, if you wanted to customize a civ, you basically had to build a new one from scratch.