The situation is desperate.

The Terran Alliance is slowly losing the war to the Drengin Empire.

Your friends are doing their best to help, but they cannot directly involve themselves. 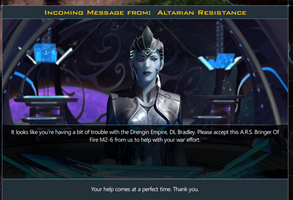 Our friends, the Altarians, give us covert aid. 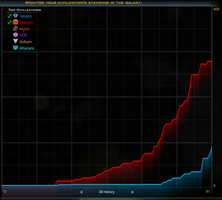 The Drengin have long prepared for this day.  We had hoped that trade and diplomacy would stay their hands.  But after having annihilated the Torians, their border touched upon ours. 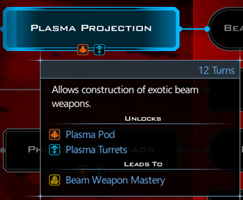 We are 12 turns from our weapon breakthrough.

With plasma weapons, one of our ships can take on three of theirs, evening the odds.  But in the past 4 turns, we've lost two planets. Our outer colonies are now defenseless.

The population of Earth is panicking.  Drengin shock troops are notoriously brutal.  We need a miracle. 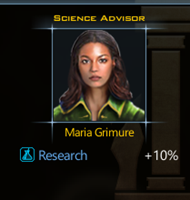 Thankfully, our Science Advisor, Maria Grimure has a plan.  It's a complicated plan, but it might save Earth. 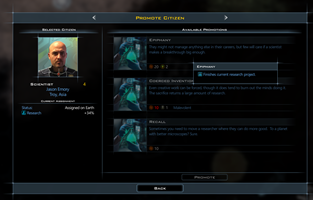 Jason Emory proposes to sacrifice himself for the rest of humanity.

There is a rare ingredient in the known universe known as the Arnor Spice.  It is not actually a spice, but rather a vial of nano-machines left over from the Precursors that, for a short amount of time, vastly increases the intelligence of the person infected by them.  With it, he will be able to instantly research Plasma weapons.

Naturally, there is a catch: no civilization actually has any Arnor spice.  You can't trade for it.  But in a seedy spaceport on Mars, a group of scavengers claim to know where a tiny cache of Arnor spice remains, leftover from the Dreadlord wars.  If we fund them for 400 billion credits (a massive expense,) they think they can bring some back. The Drengin Empire are the only source for Hyper Silicates.

Fortunately, Intrigue adds governments, and some of those governments unlock a new feature: the Galactic market. For 850 billion credits we can get Hyper Silicates

So to recap our complex plan: We will pay 850bc to the galactic market for 1 Hyper silicate, which the scavengers will use to get Arnor Spice. We will then give it to Professor Emory to fast-research Plasma Weapons so that we can design the Avalon class starship, which we hope will stem the tide of the war.

With the spice delivered, we only need one addition ingredient: Promethion.  My Civilization produces 0.  Before Intrigue, I probably would have been tempted to start over once I realized I couldn't obtain any of this resource other than through trade. 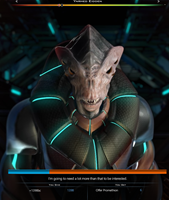 The Krynn are the only civilization with even a small supply of Promethion.  I need 20.

With a combination of technologies and money, I do secure some Promethion from other civilizations. Still not enough. 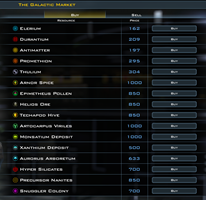 The market will sell me Promethion at 295 apiece. Not great but at least they have some. 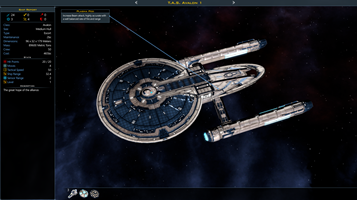 The 180 meter long ship is equipped with 3 plasma weapon banks.  I got the actual ship design off of the Steam workshop and modified it a bit.

The Terran Alliance deploys two of them along with its small fleet of obsolete bombers and fighters.  It is enough to blunt the Drengin's attack and buy the human race a little time to build up.

The market will tend to have resources more cheaply than any given civilization unless you happen to be friends with a civilization that has a lot of a given resource.  The cost of trade is heavily dependent on your relations with them.

For example, to build my Financial Capital I need an Aurorus, a fairly rare resource.  The Yor actually have some, but they don't like me, so they are charging more than I can afford. 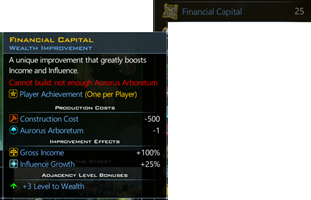 To build a financial capital I need the extremely rare Aurorus

With the market, I am able to buy some for very inexpensively and will make a profit on it in less than 20 turns.

Having a place to buy and sell resources is incredibly powerful.  Every time a resource of any kind is mined anywhere, a fraction of it is duplicated and sent to the market.  Prices are based on supply and demand. 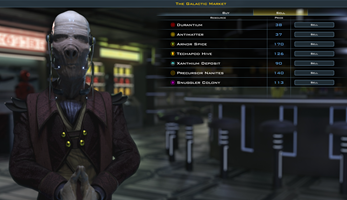 The Korx will also buy your surplus...but only at wholesale prices

Sometimes it's better to sell to your friends, if they have the cash (which they often don't).  The Korx will buy my Durantium for 38 per unit.  The Irridium Corporation (a major civilization) will pay 20.  It just depends. The big difference is that the Korx have vast wealth accumulated, and thus are a great way to fund your resource rich civilization.

The Market provides clever players a new avenue for victory.  The dawn of the trader empires has arrived.