We've created this new sub-forum so people who want to talk about the classic 1990s era Star Control 3 game can do so here.

We aren't ready to announce anything specifically yet but I wanted to give you a sneak preview of some of the things we have going on around here.

First, there probably won't be a lot more journal entries for GalCiv III.  There will be more updates to GalCiv III but they will fall under bug fixing only.  The team has been staffed up (and we're hiring more) to focus on "GalCiv Next".

So what are some of the broad strokes?  In no particular order these are the things that have been on our mind:

How to have big maps and play tall. You're going to hear this concept a lot: A map of maps.

More player actions. We really liked the artifacts as a concept because they let the player actively do things in the world.  We are looking at expanding on that.

Crazy big tech tree without it being a mess to manage. Like every GalCiv game we've ever done, we are going to be trying a lot of different new ways of managing techs.   What I can say is that we would really like to have a much, much larger tech tree in the future.

Invasions. We don't like the invasions in GalCiv III.  It's...fine.  But I feel like I'm popping balloons rather than engaging in some titanic battle for control of an entire planet.

Combat. We would like to see combat move away from being an all or nothing thing in a single turn.

Citizens++. Citizens were introduced in Crusade.  But we would really like the entire game revolve around citizens to the point where population = citizens and it is all about what you do with them.

Much, much, much bigger empires. In 4X games, including GalCiv, I think we've been approaching colonies backwards.  We always default to forcing players to micromanage their cities, planets, whatever and then add some sort of AI manager system to try to automate planets.  As a result, the game designs always try to discourage/punish players for having too many colonies which I find off-putting.

Instead, why not encourage players to have as many colonies as they want but by default, they are just simple resource generators? That is, they provide money, resources, research to their sponsor world.  Then, when you find a particularly interesting world, you flip the concept of a "governor" on its head and assign a citizen to govern the planet which means THEN you manage the planet.   And in doing so, we make sure that consuming a citizen to become a governor is a pretty big deal since that citizen could be doing something else important.  So imagine a game where you have 400 colonies of which say you directly manage your best few yourself?

Because in GalCiv III, we basically made class 1 through 10 planets rare because who wants to manage these worlds? This was a missed opportunity.  Now we can have lots of meh planets that simply act as the raw resource providers to their sponsor world which in turn you are managing to do super awesome stuff (think of the min-maxing going on there!).

Vastly bigger map differentiation.  The smallest maps in the future will probably feel roughly the same as they currently do.  But the largest sized maps will make the maps in GalCiv III look piddly with a lot more strategic depth to it as well.

We want multiplayer to be viable. Putting aside that most people don't play 4X games multiplayer, we would like there to be gameplay modes that you could play with a total stranger in less than an hour if you'd like.  These special modes would be available for single player too.

NO CAMPAIGNS. All the story and special scripting would instead be integrated into the game as events and such to help make the sandbox game more interesting.

So that's just some thoughts.  We'll be talking more about it in the future.

Google's streaming game platform, Stadia, has been having a rough time this past year.

From Take 2's CEO publicly calling them out to the recent Terraria debacle coming right after Google's decision to close their first-party studios, it's not looking too promising for Stadia these days.

The tech Stadia is run on is good.  We were deeply involved during the Yeti project and were very impressed with the potential.  We ported our engine over to Yeti and were ready to move our games to it.  The reason we haven't is a different subject and likely related to why there is relatively little content for Stadia today.

So what could Google do to turn it around?

First, kill Stadia.  The whole business unit.  Fold it into YouTube and call it YouTube Gaming or something.

Second, integrate streaming and YouTube Gaming so that someone streaming a game on YouTube could easily let someone just start playing that game right then and there if it's there.

Third, make YouTube Gaming part of the YouTube premium subscription.  You pay for that and you get access to all the games on the platform while your subscription lives.

Fourth, quit targeting high frame rate console games so much.  Focus on the games that people like to watch streaming (or games like them).  I don't want to play Cyberpunk on a Chromebook.  But I'd love to play a game like Galactic Civilizations, Crusader Kings, Civilization, RPGs, classic games (run via emulation), etc.   I'd just go to Games.YouTube.com or something and type in the game I want to play and start playing it.

Fifth, beef up your creator support.  Google has no clue how to compete. Microsoft, Sony, Nintendo treat their developer communities relatively well. They need to step up their game on supporting their creators if they want any serious enterprise to rely on them for their livelihoods.

If you look over here: WindowBlinds 2001 in 2021 » Forum Post by Frogboy (wincustomize.com)  you will see that there are a lot of great skins for WindowBlinds that just don't work well in 2021 for a variety of reasons. 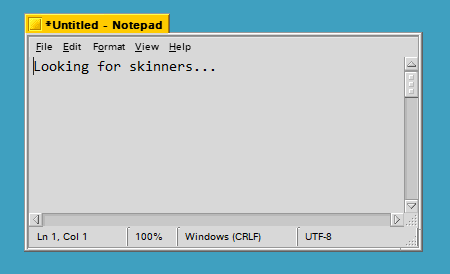 We are looking for modern recreations of OS skins that work with Windows 10 using WindowBlinds.

We would be looking for modern recreations without skinner embellishment except when it involves a UI control that didn't exist back then (start menu, etc.) and even then the goal would be to make it appear as if it were part of the OS.

If you are interested (and you would need to have a Master level of skinning experience) respond here and we'll get in touch.

How does WindowBlinds 10 handle older skins on the latest version of Windows 10?

The answer: Inconsistently.  There are some apps, like Notepad, where it always works fine.  Others, like an Explorer window it sometimes works fine.  And then there’s Edge where it rarely works fine.  Look at the results yourselves. 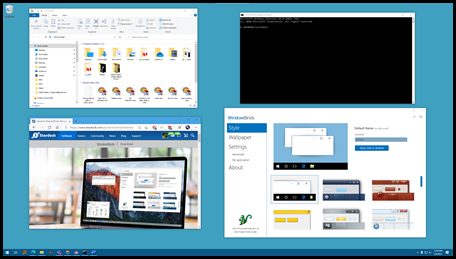 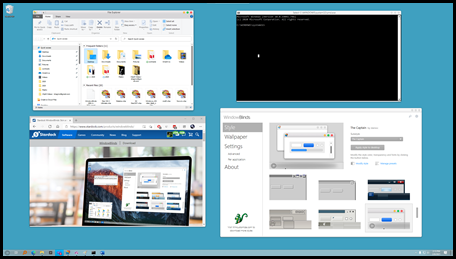 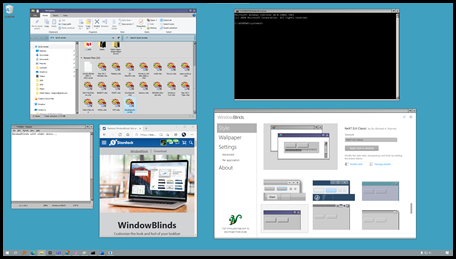 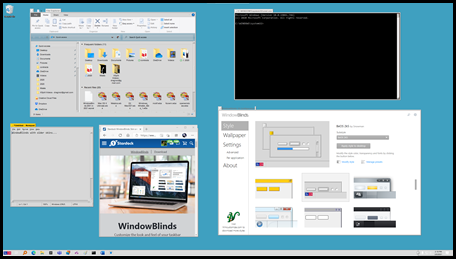 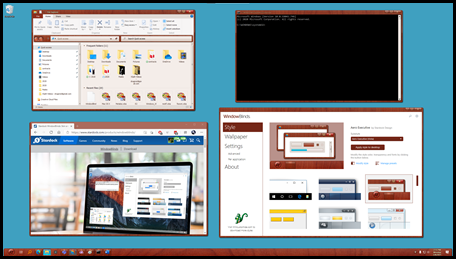 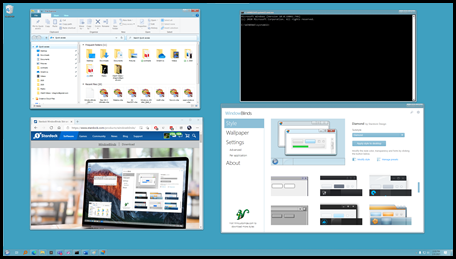 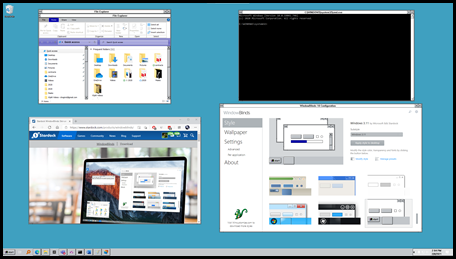 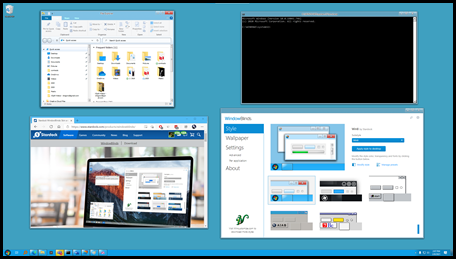 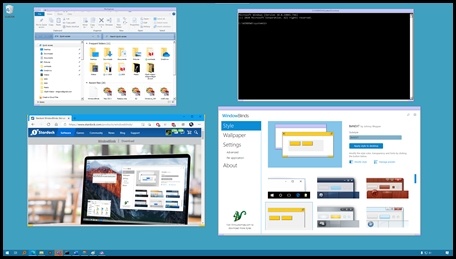 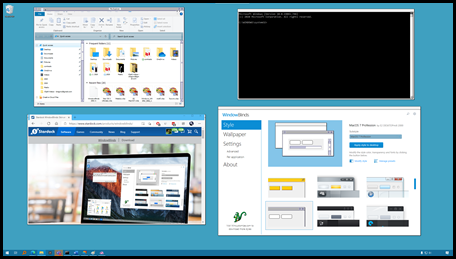 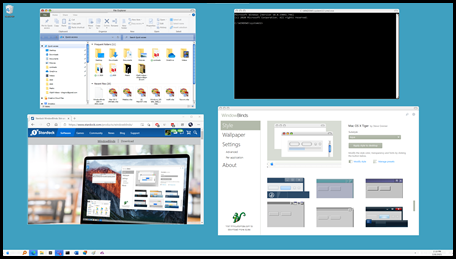 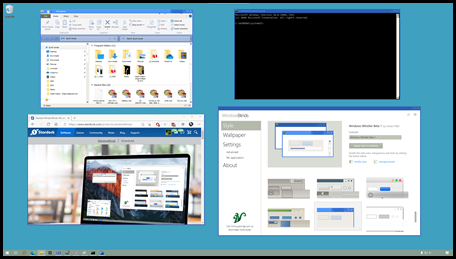 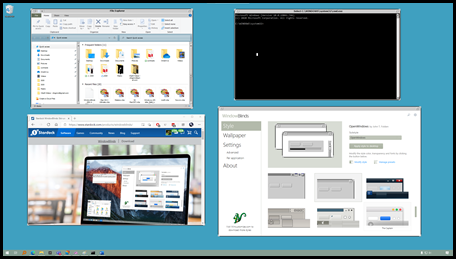 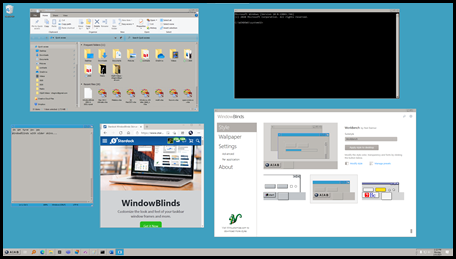 For the next version of WindowBlinds we are looking to either update the most popular skins (certainly the OS skins) so that they work with the modern versions of WindowBlinds and/or update WindowBlinds to be able to handle these skins more reliably in today’s high resolution, high DPI (and often mixed DPI) world.

I am really, really enjoying CK3.

These days, I generally prefer to stick to playing games that I would never want to make.  So games like Civilization VI or even Stellaris are games that I play but I don't enjoy because they feel like work (this isn't the game's fault, it's because my brain goes into analyst mode when I play them).

But CK3? There's nothing else really like it and I love it.

Galactic Civilizations II (not III) was released a long time ago.  Since then, most of the people who worked on the game have remained at Stardock but not everyone.  However, over the past year or so, we've been lucky enough to recruit and or contract back some of the original members to return working on new Galactic Civilizations efforts. 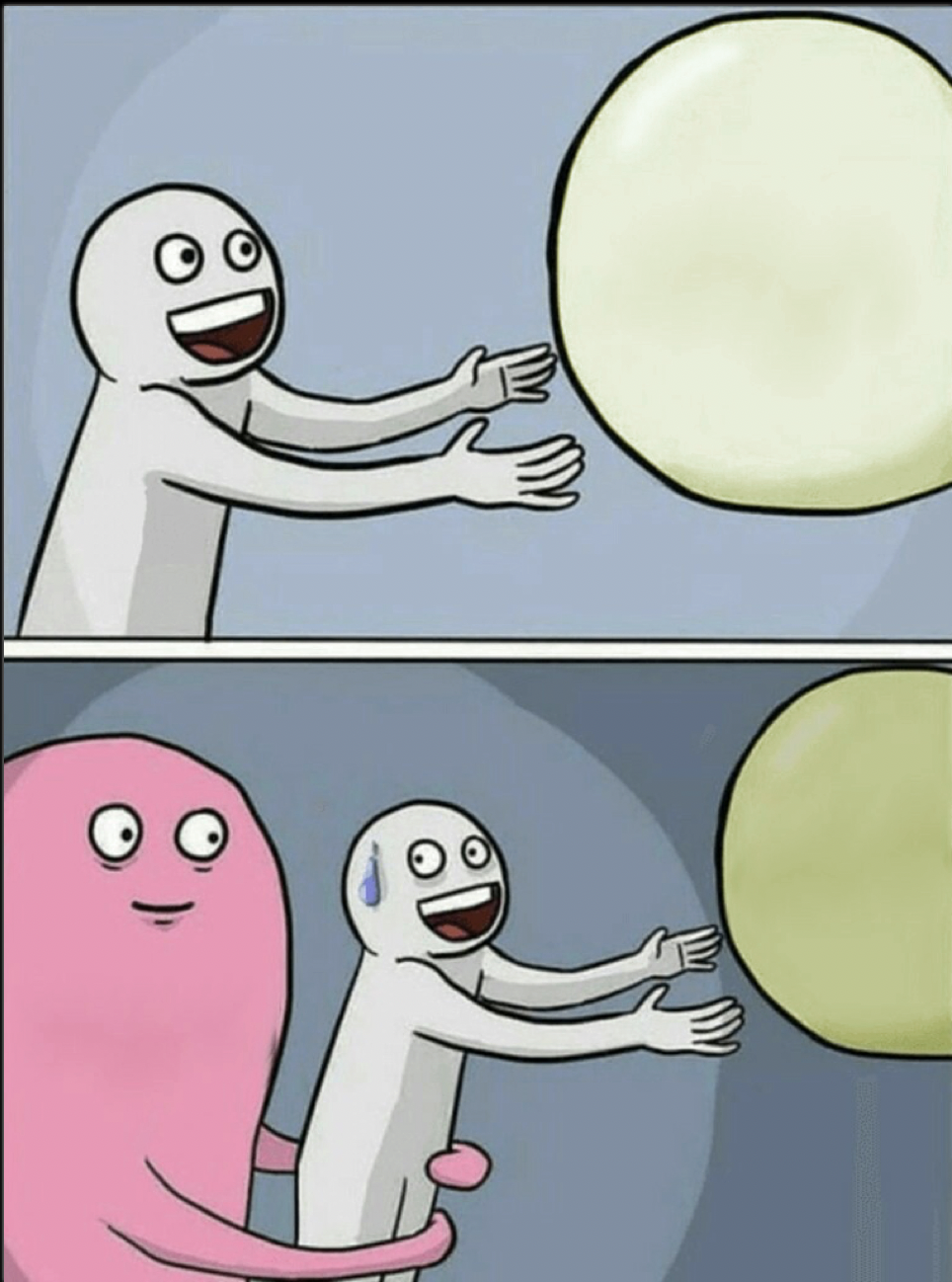 I have no idea why the memes that use this tend to crack me up the most but they do.

This article pretty much describes how I'm feeling about the recent events concerning Trump and the rapid deplatforming going on.

I'm not going to miss Trump.  But I am going to miss the days when people were able to talk to each other civilly even when they disagreed.

Where we are and where we're going. 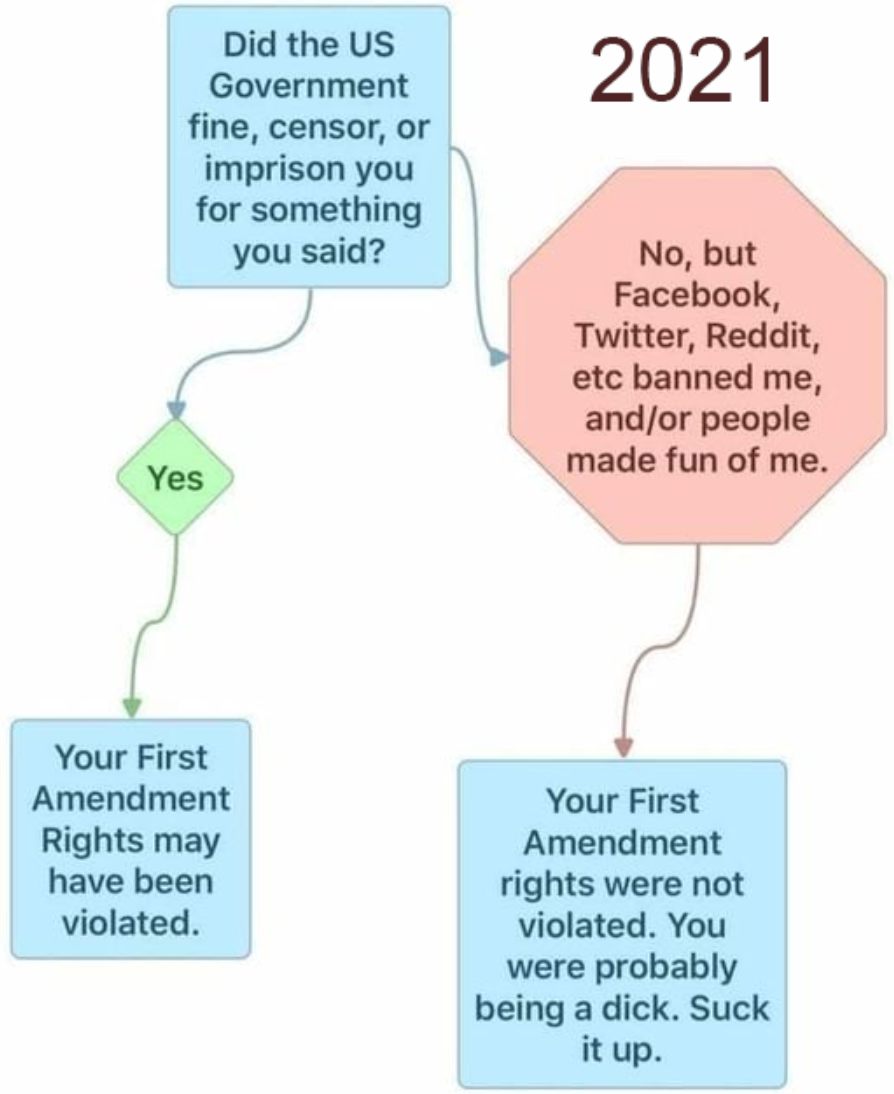 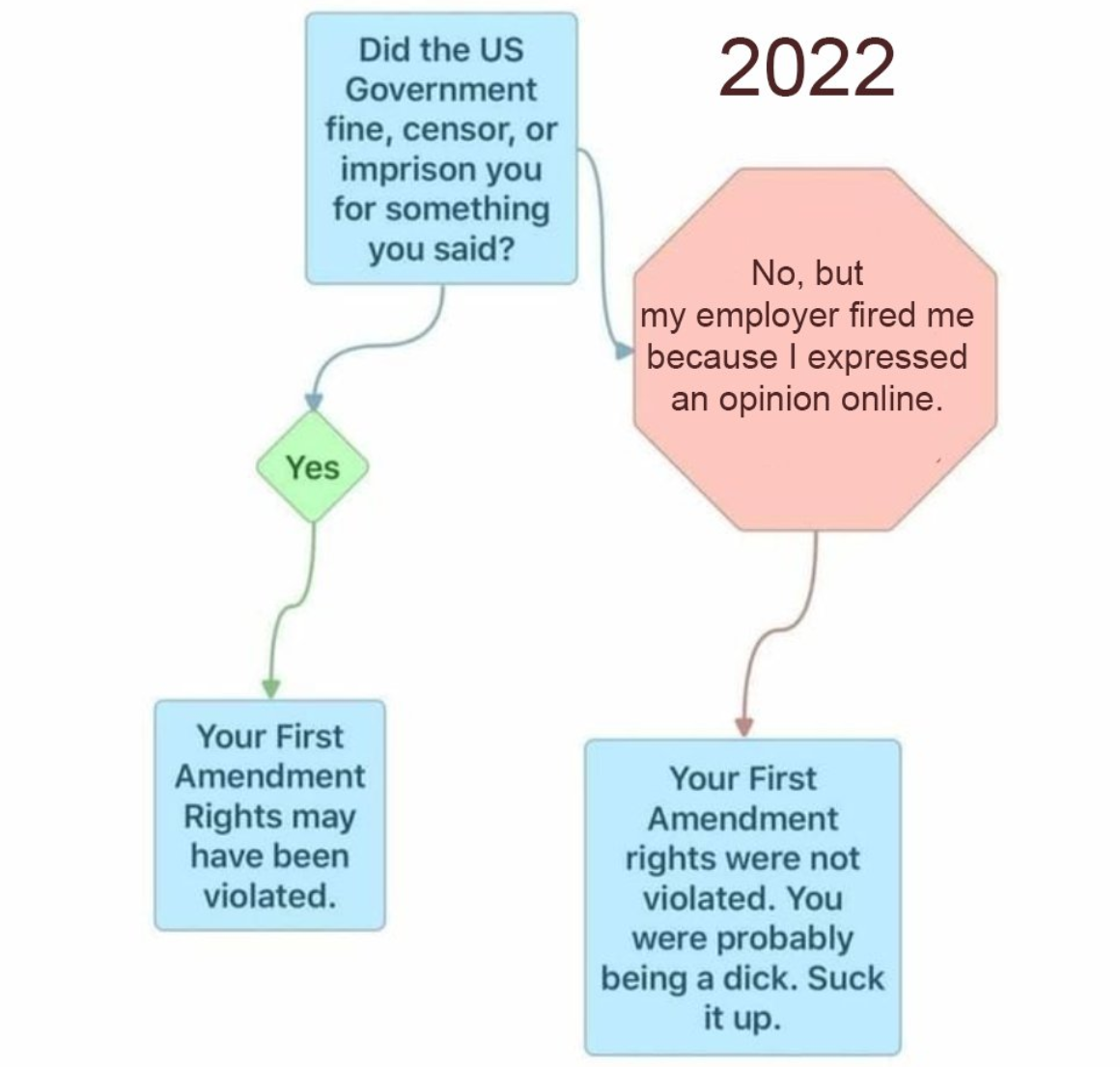 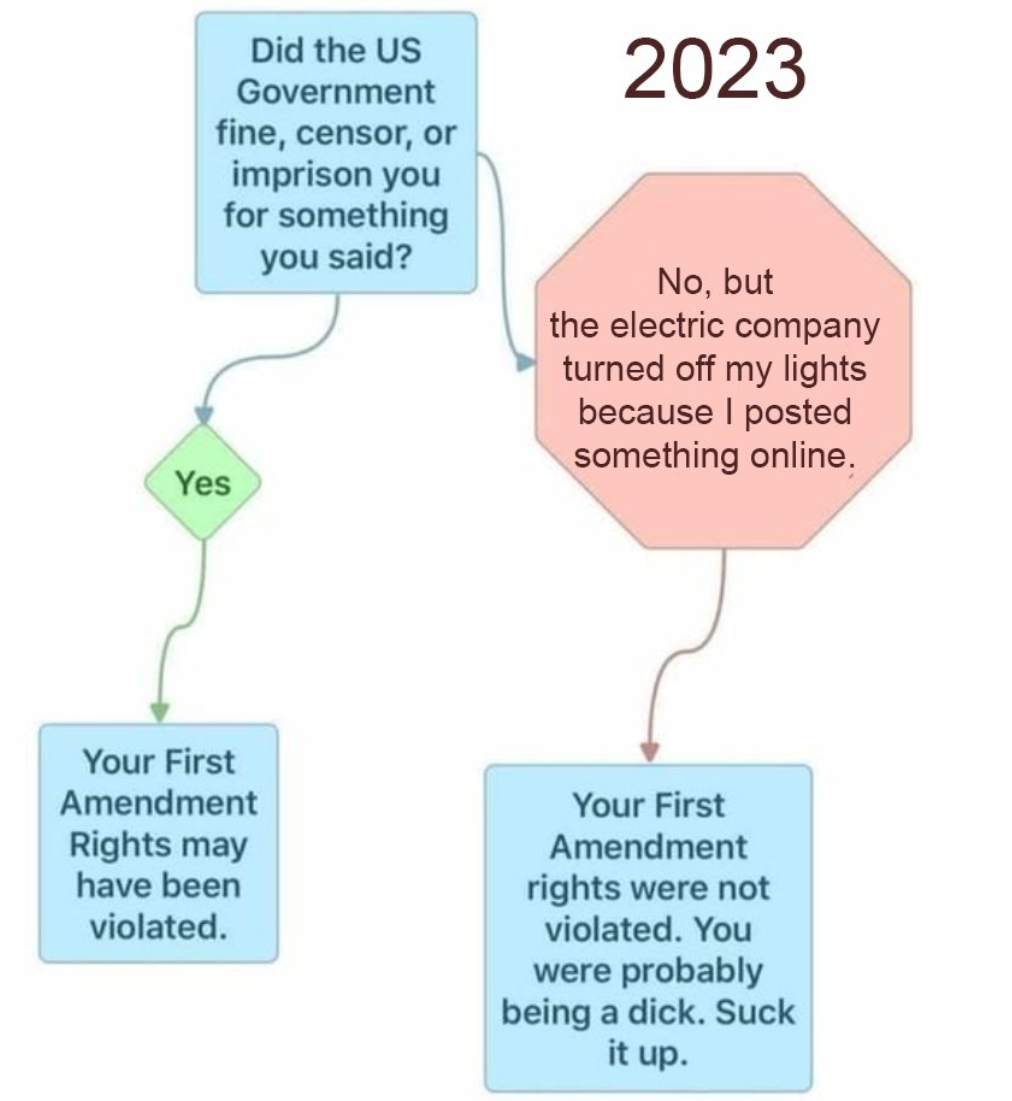 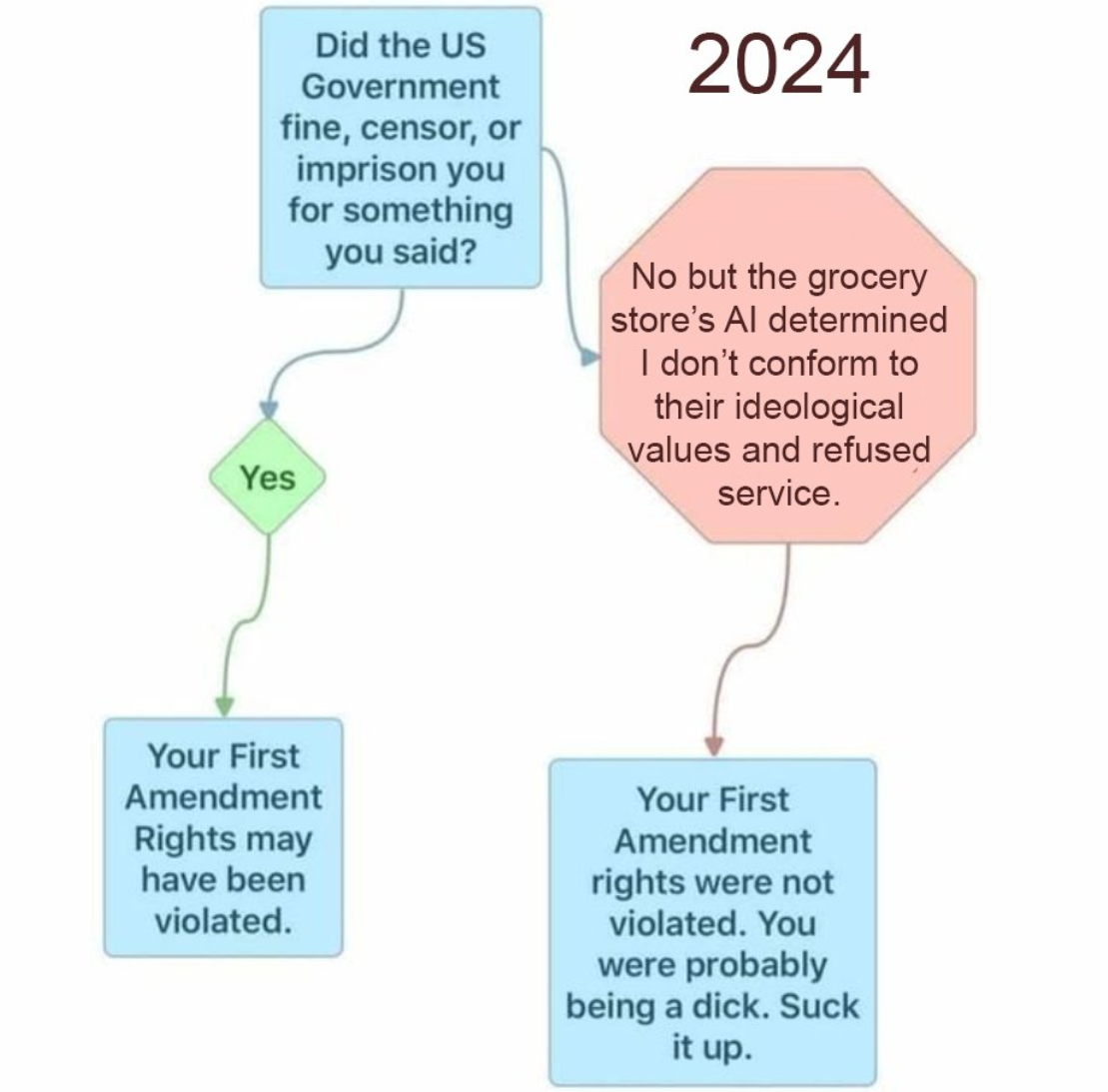 The robot overlords will smile.